On august 23 I turned 27 (I’m getting old). My birthday was on Friday so I took a day off at work. Thursday evening when I came home from work Kevve already had a surprised planned – I REALLY LOVE SURPRISES! I received the instruction to go search a little “pre-gift” at the highest point in the house. I think it took me at least 10 minutes before I found the gift. It was hidden in a big box full of pink plastic balls. The gift was a perfume from Givenchy, smells absolutely delicious. I was already really happy with this gift. Next up I had to go change because we had to leave at 6 p.m. sharp! I had no clue where we were going. 1 hour and 30 minutes later we arrived at a hotel in Knokke: la Reserve. It’s a really beautiful hotel. Kevve gave me a key to a room at the 2nd floor. As I entered the room I saw two big balloons with 27 and a gift with a card. I was really surprised, didn’t expect that. I was even more surprised when I opened the gift: it was a pair of Alexander McQueen sneakers, OMG! I already wanted them for a long time. Kevve knows me well. After that we had sushi at our favourite place in Knokke: Zushi! It was tasty like always. 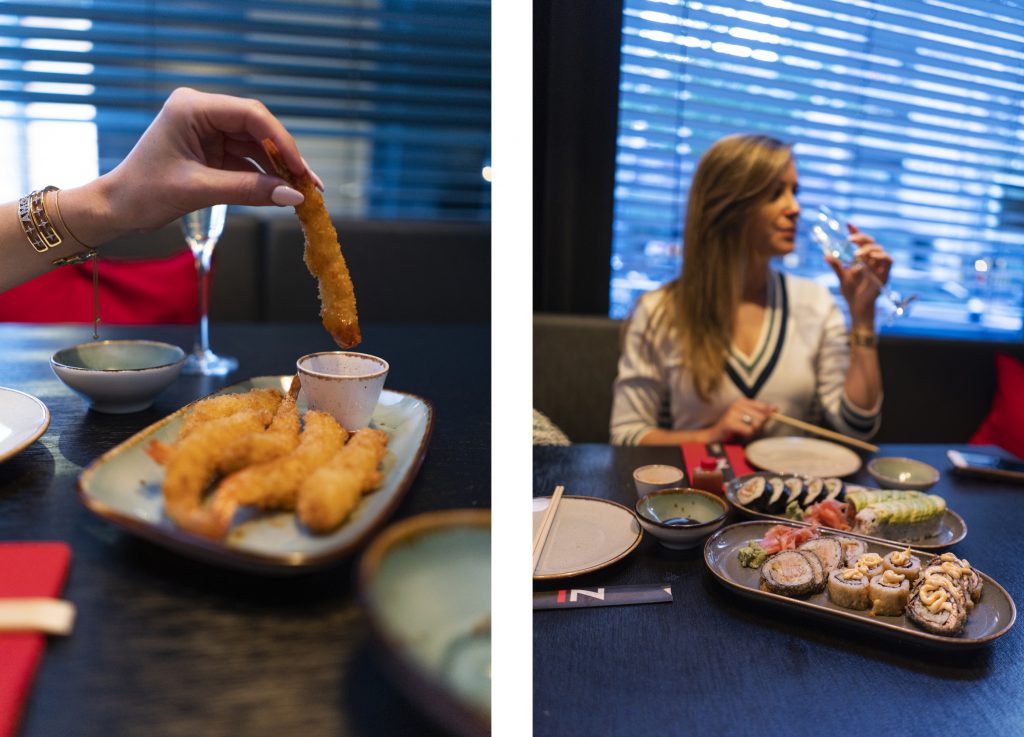 We ended our night at the hotel with a good cocktail and eachother’s company, just perfect! 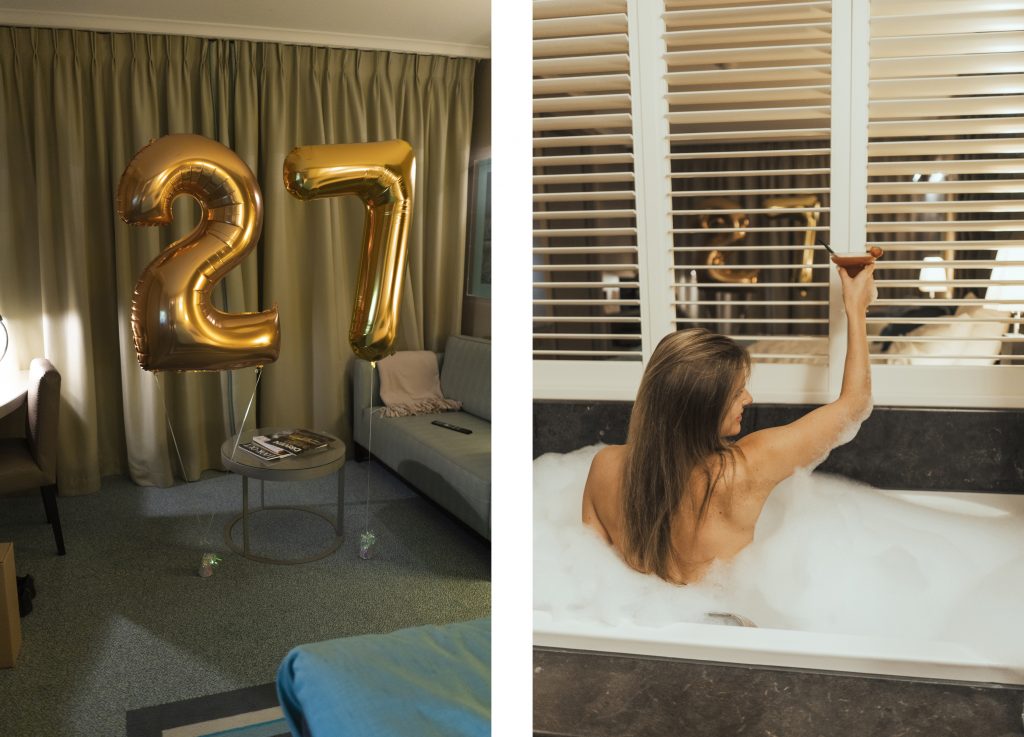 Next morning we already were awake at 6h30 (you got to love our biorhythm). We decided to take a morning dip at the pool where we were all alone – so it was very peaceful. The perfect way to wake up. 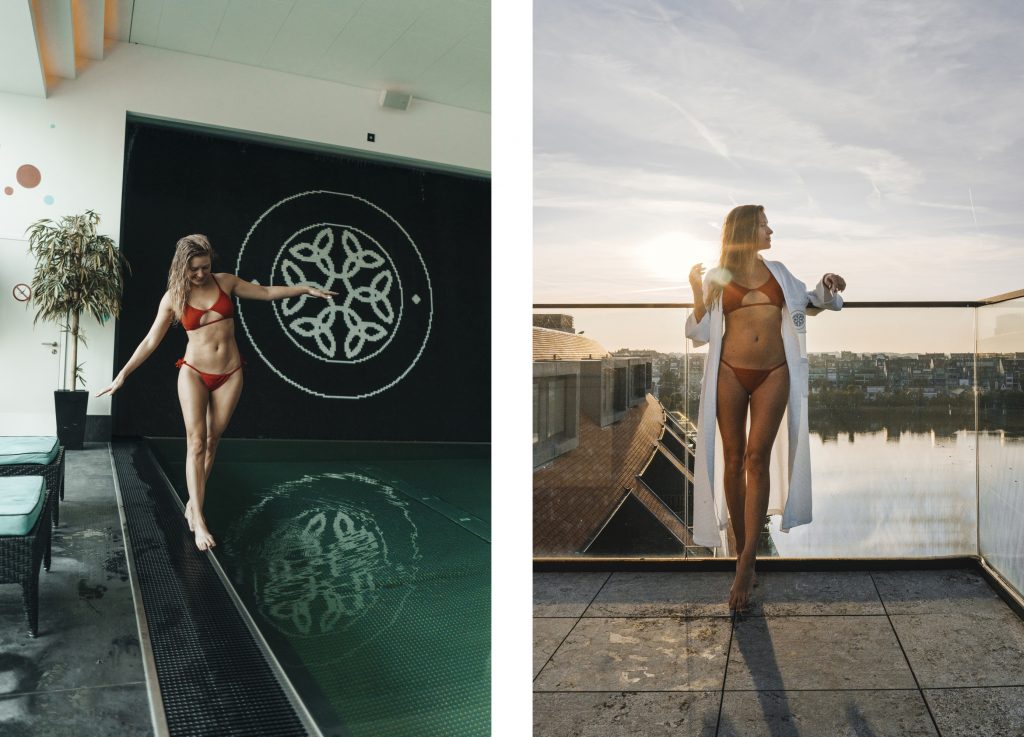 We continued our morning with a lovely breakfast. There was literally everything you needed! Yummy in my tummy. The time I was getting food, Kevve had placed another gift on the table. Another surprise I didn’t expect. It was a very beautiful ring, love it! It looks a lot like an engagement ring but no we are not engaged (not yet, hahaha). After our breakfast we had to drive home to take care of our child Bentley (it’s the dog). 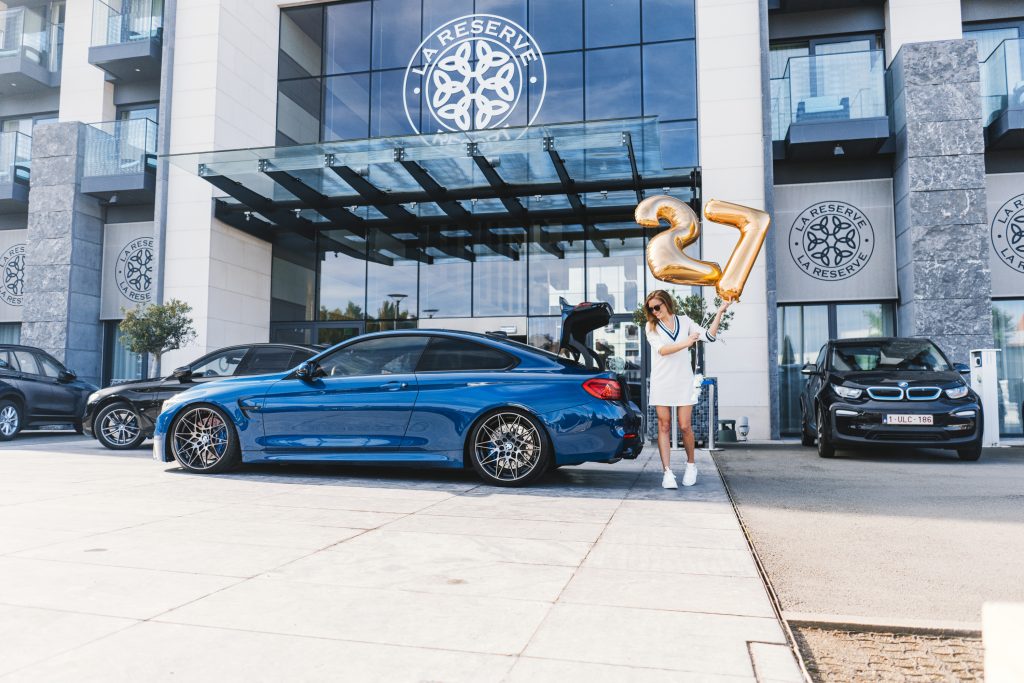 In the afternoon we had to go to my parents home to do some preparations for my birthday party (traditions never die). Had a really great evening with all of my friends! I received another pair of sneakers from the girls and their boyfriends. On top of that they also gave me a gift voucher for Bronx (my favourite store as you already know). I also got a last gift from Kevve (Yes I was very very spoiled!). He had bought a piñata – inside of that piñata there was candy and another little box. I love little boxes! Inside of the little box there were earrings that matched my ring that I received earlier that day. 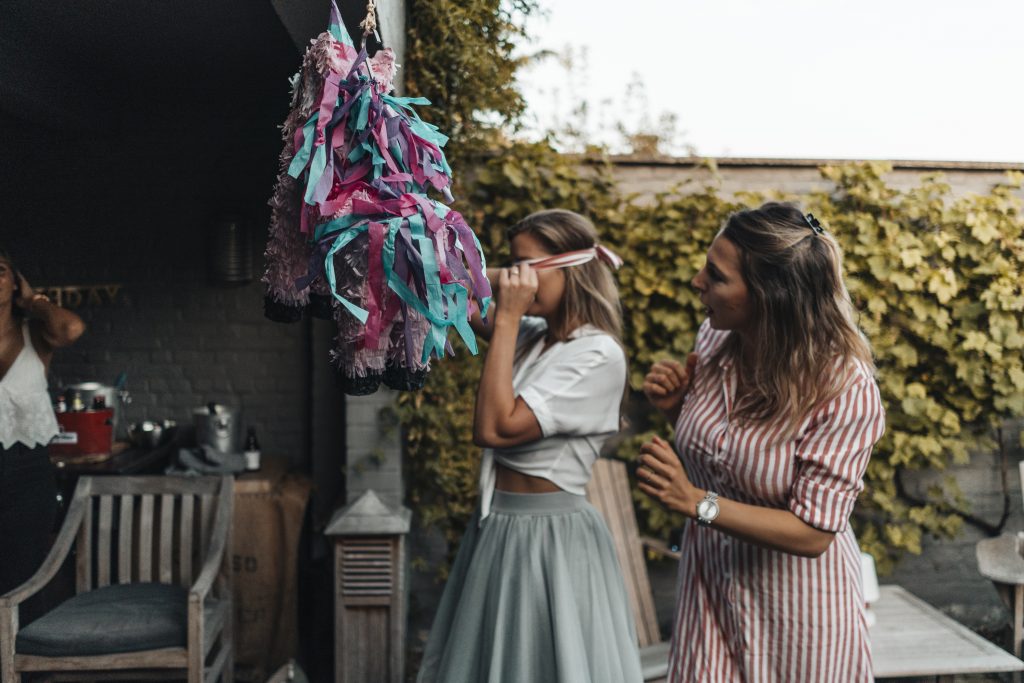 I really had one of the best birthdays! Thanks to Kevve! He has spoiled me so much! But of course also thanks to all these crazy chicks that I love so much. 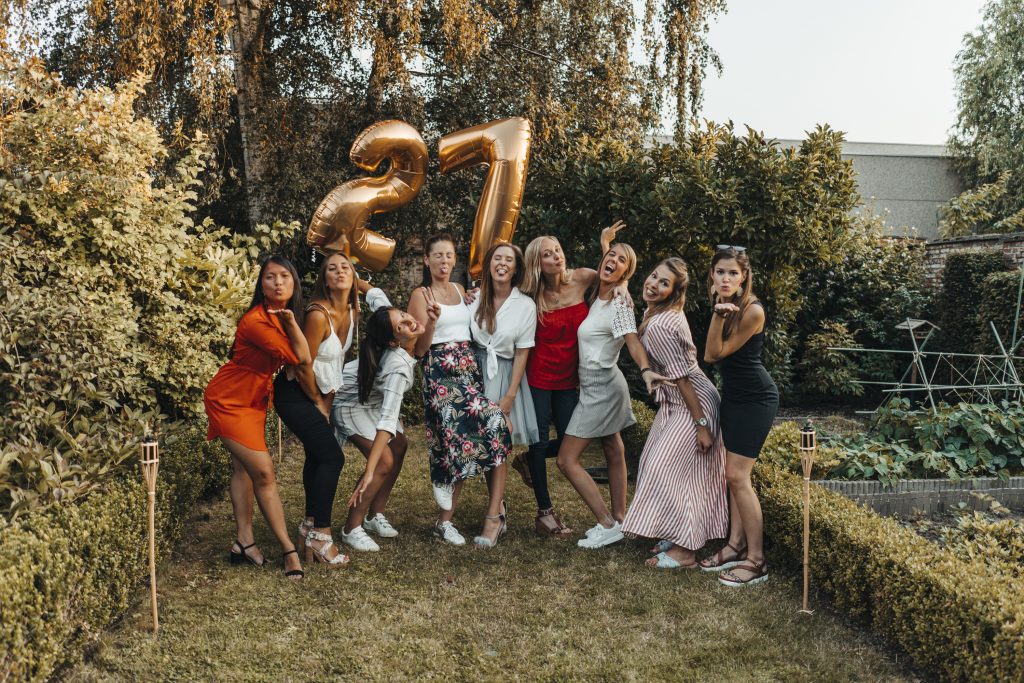 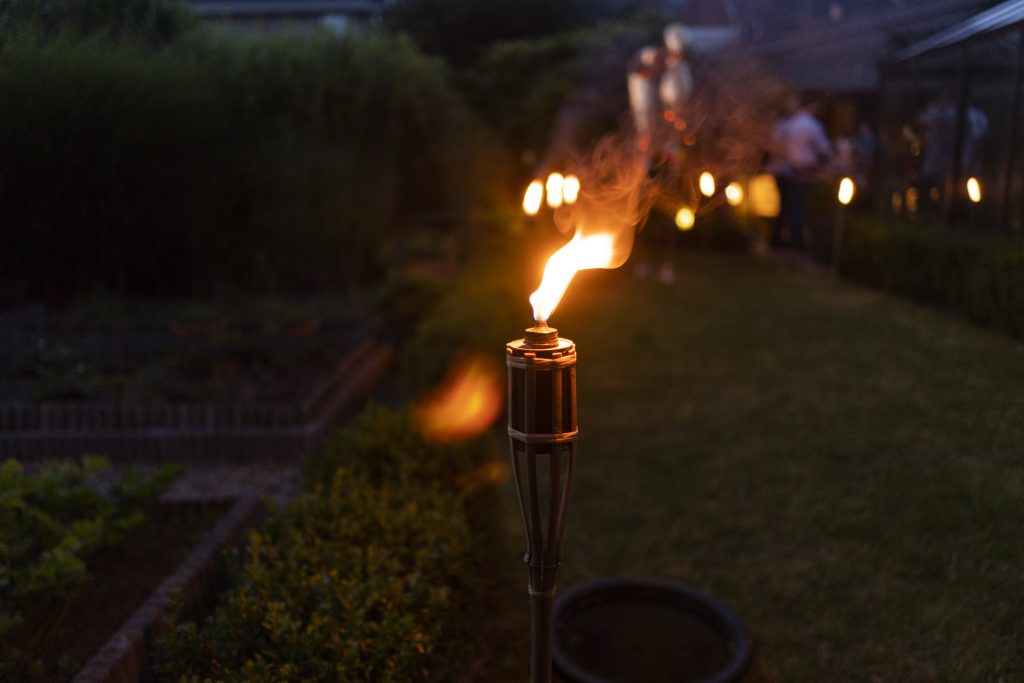 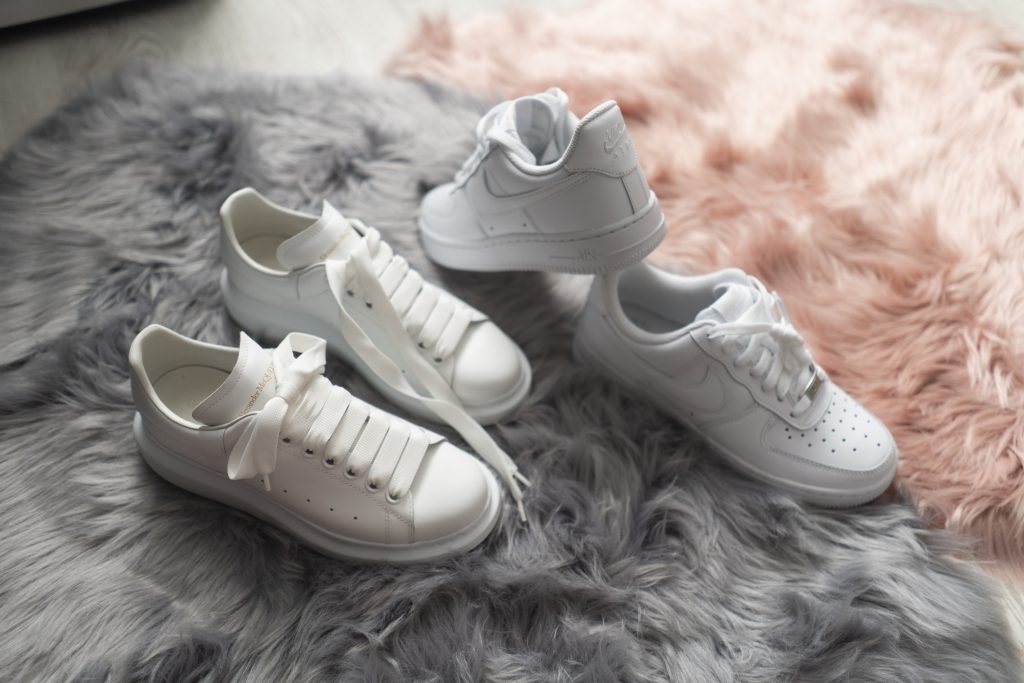 In case that you don’t want to read the whole story, you can also watch the vlog that Kevve made. I hope you enjoy it as much as I did!