You already know I went to Monaco two weeks ago. As a surprise Kevve booked a table for two at the famous Nobu restaurant. It’s owned by the Japanese celebrity chef Nobuyuki “Nobu” Matsushisa and some of his co-owners like Robert De Niro. Nobu has 38 different restaurants spanning across five continents. He’s known for his fusion cuisine blending traditional Japanese dishes with Peruvian ingredients. Kevve and I had some high expectations, but unfortunately we were a bit disappointed. The restaurant itself was really pretty, very fancy and cosy at the same time. 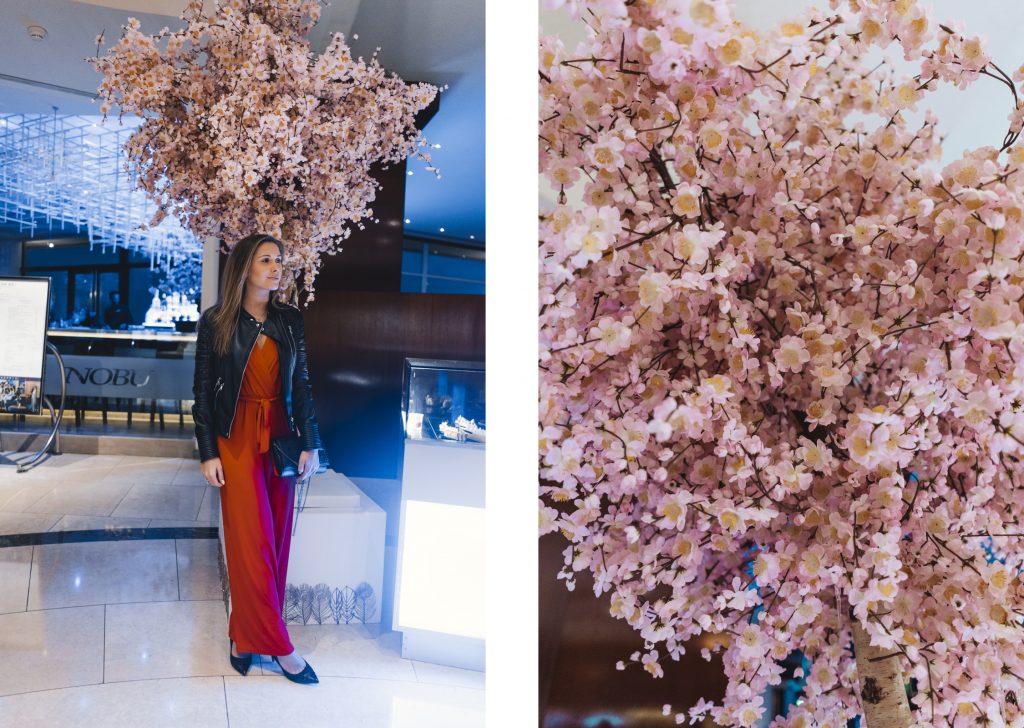 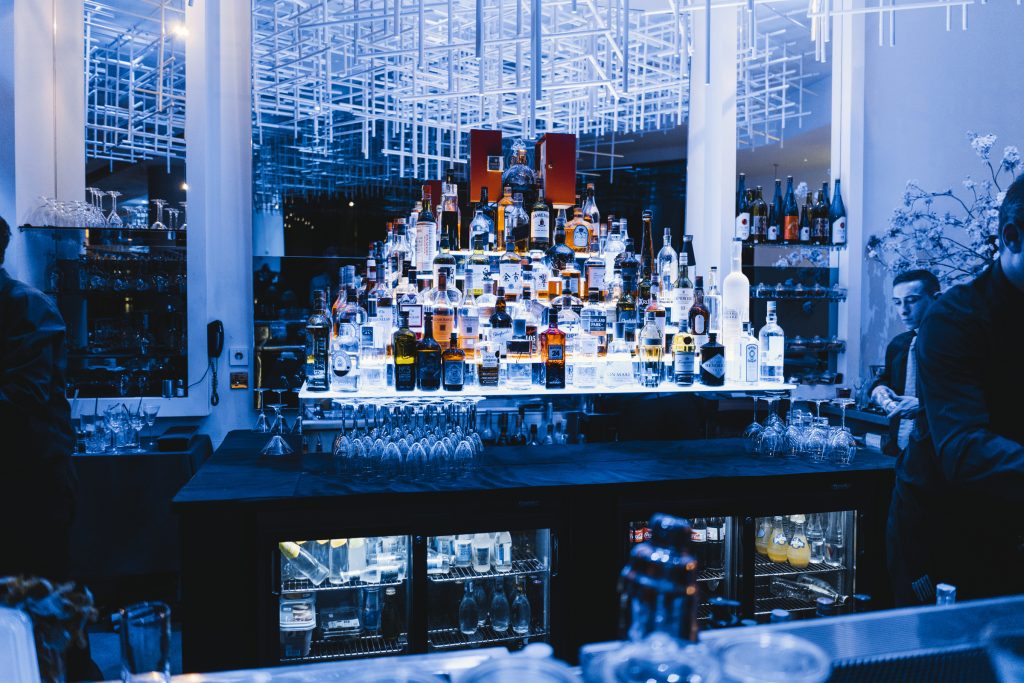 We had a little table right next to a big window with a view on the new port (in construction) of Monaco by night. My handbag also received his personal table which was pretty funny. The people who are working there, were very kind, always fun. We decided to start our evening with a cocktail. I chosed something with strawberry and Kevve had a Mojito, it weren’t the traditional cocktails as we know them because they were made with Japanese alcohol. It was special, but not necessarily bad (you know how hard we love our cocktails) 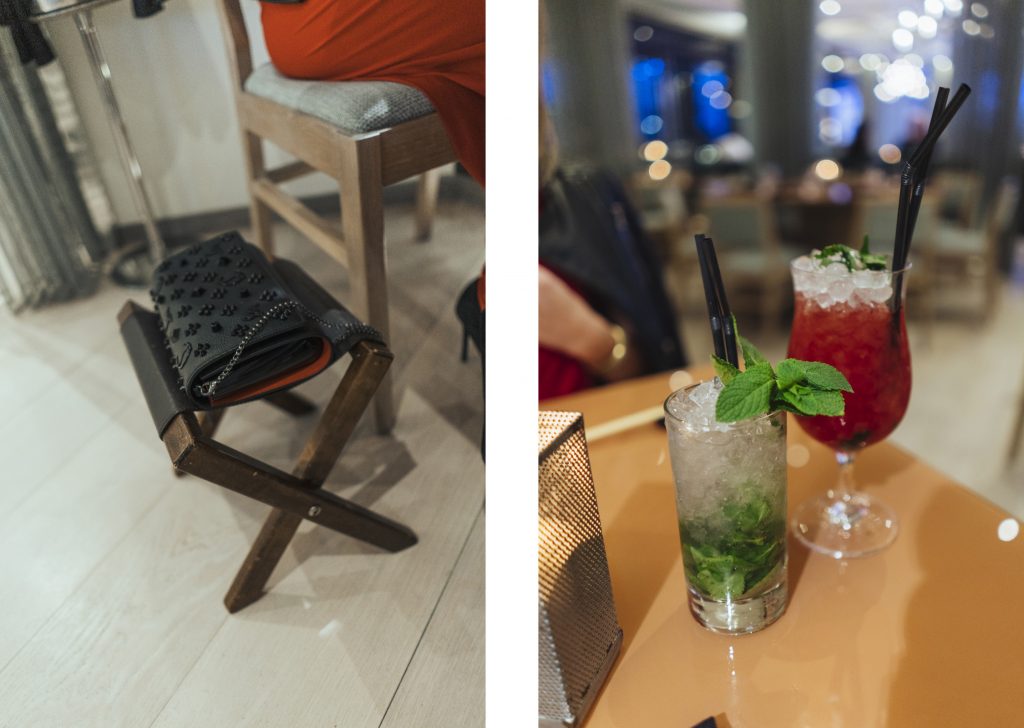 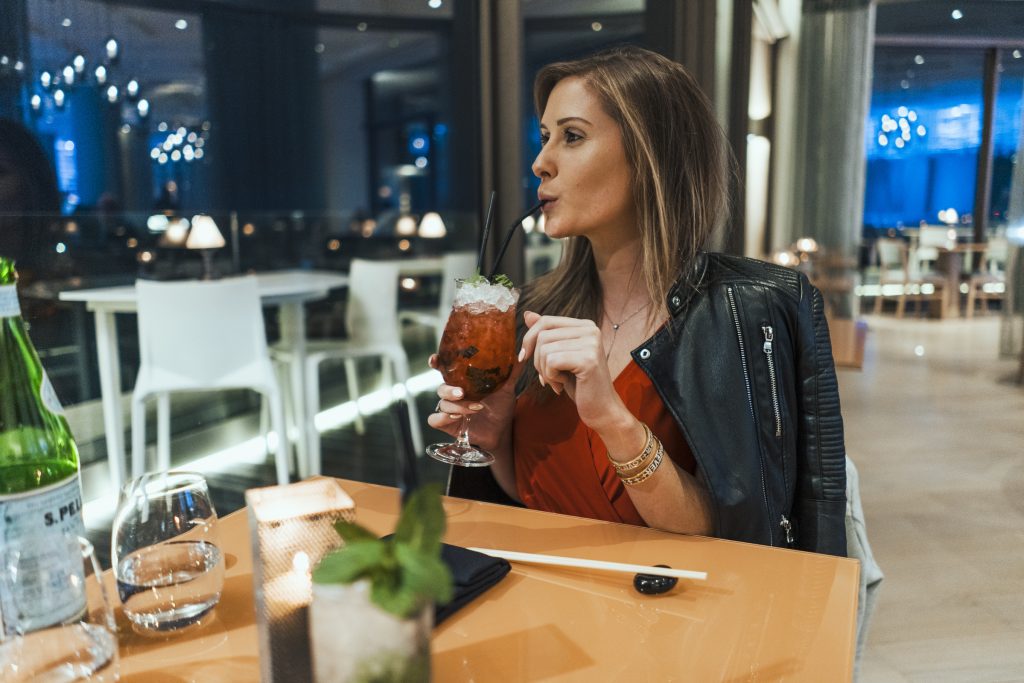 For the food we went for the menu (the waiter recommended this menu). They had a special menu for the 55th birthday from Nobu. I think that was our mistake, we would have eaten better “à la carte” (lesson learned). All the other plates that passed by our table looked way nicer to be honest. For the first course I went for the “Beef sashimi dry miso” which was really good. This was one of the best dishes in the menu. 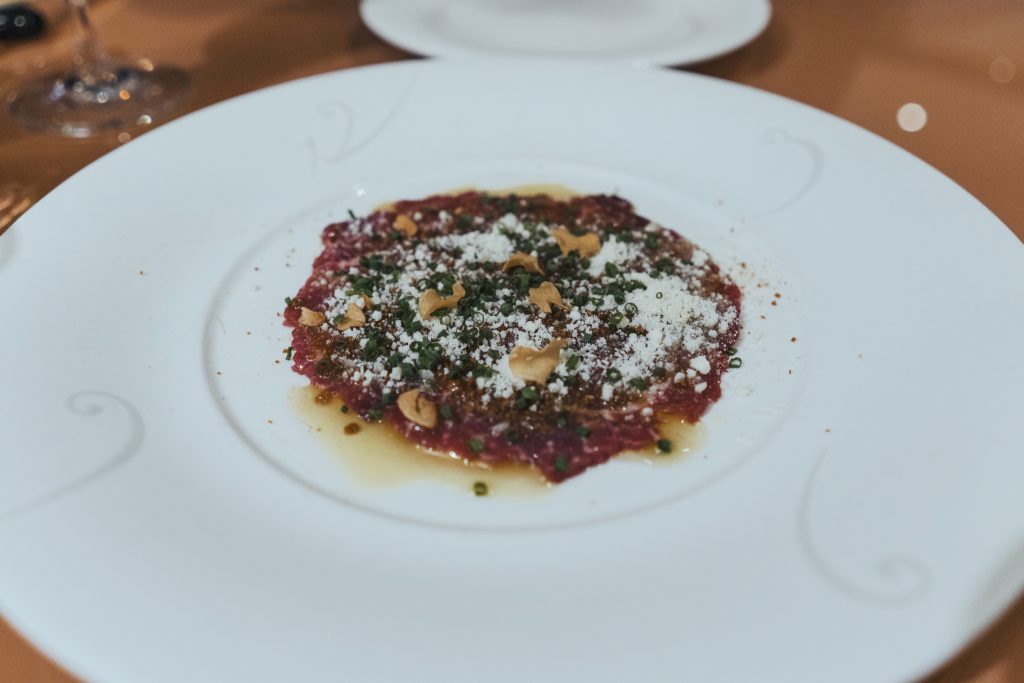 Kevve went for the “Shojin Tempura” which were actually just breaded and fried vegetables. They were a bit greasy so we didn’t ate everything. 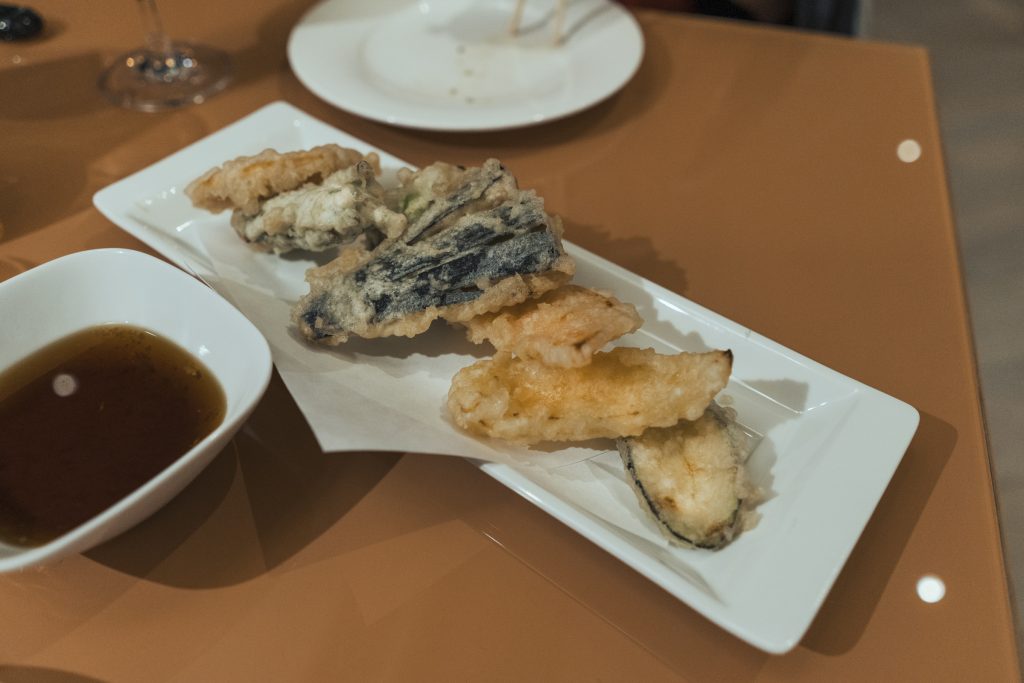 After that we got “5 types of sushi” as a side dish. This was pretty disappointing as you can see in the picture. We thought we were going to get somewhat more special sushi, but actually you just get the basics: three with cucumber and two sashimi’s. We had better sushi in the supermarket… 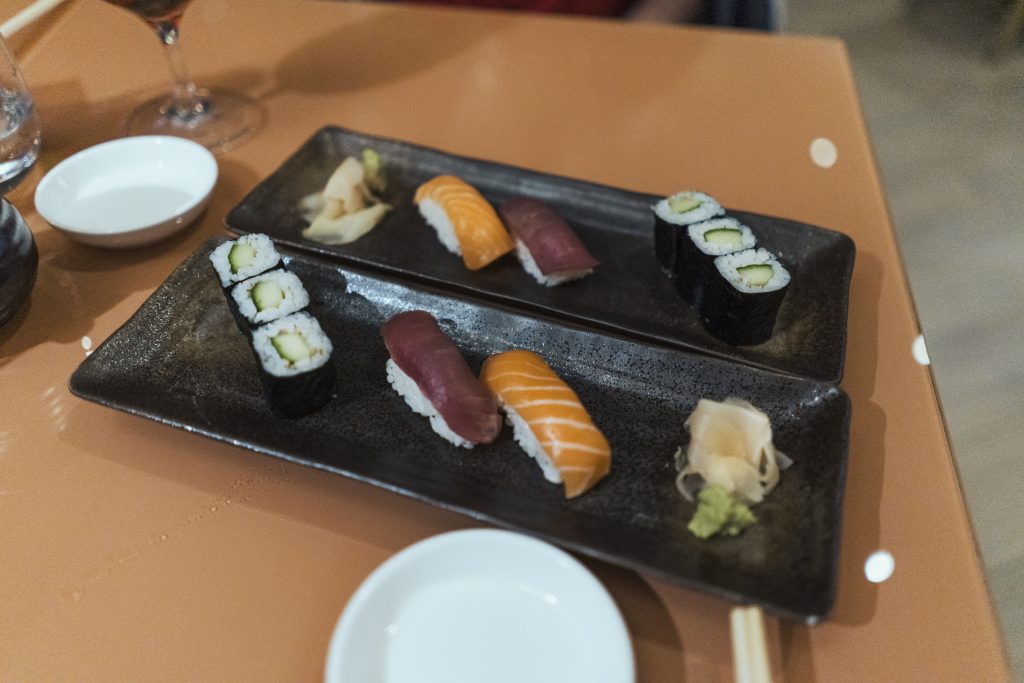 As main course I went for the “chicken teriyaki”. It was tasty but a bit monotonous. Kevve chosed the “Salmon amazu ponzu”, which was breaded salmon with watermelon. We didn’t eat everything because we weren’t really a fan of it and it was just a way to weird combination. 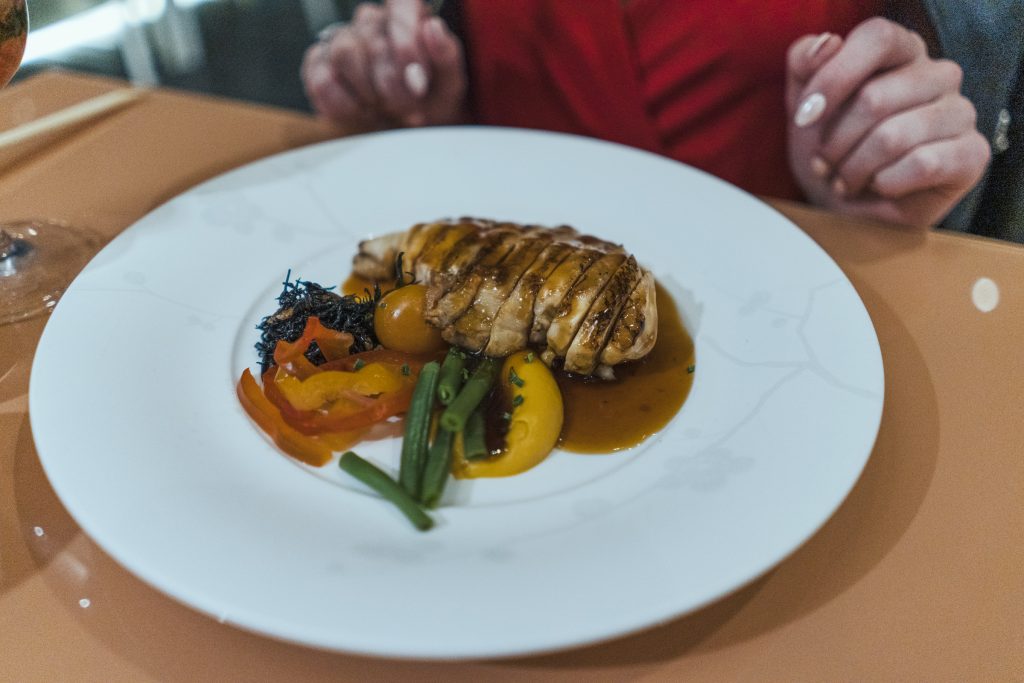 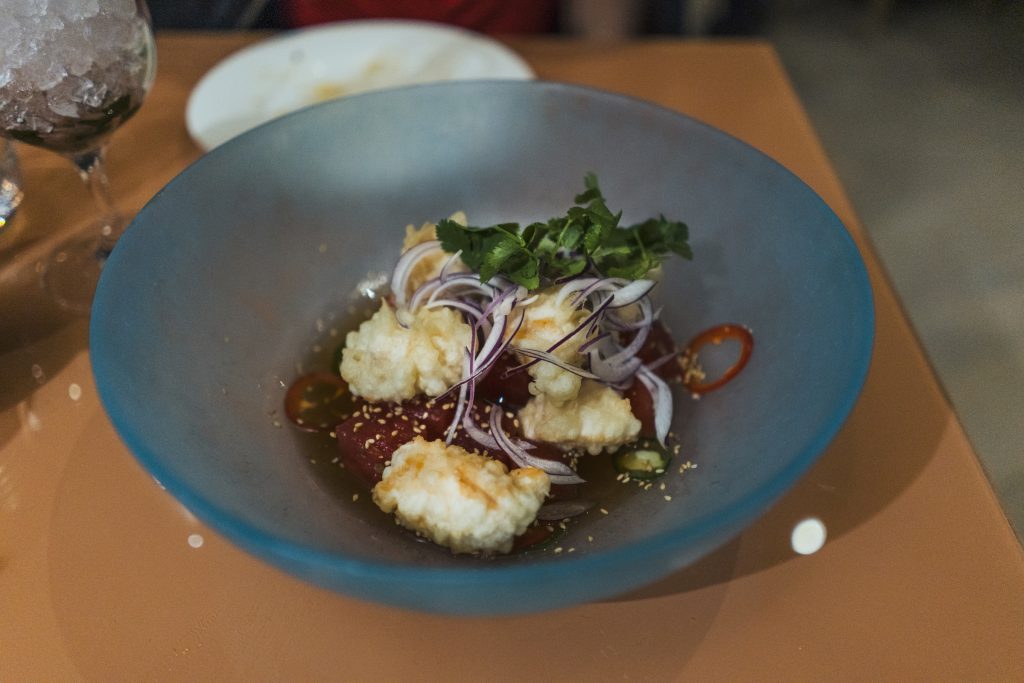 The dessert on the other hand was super tasty! I went for the Nobu cheese cake and my other half for the “chocolate bento box” (which was a chocolate moelleux), Yum! 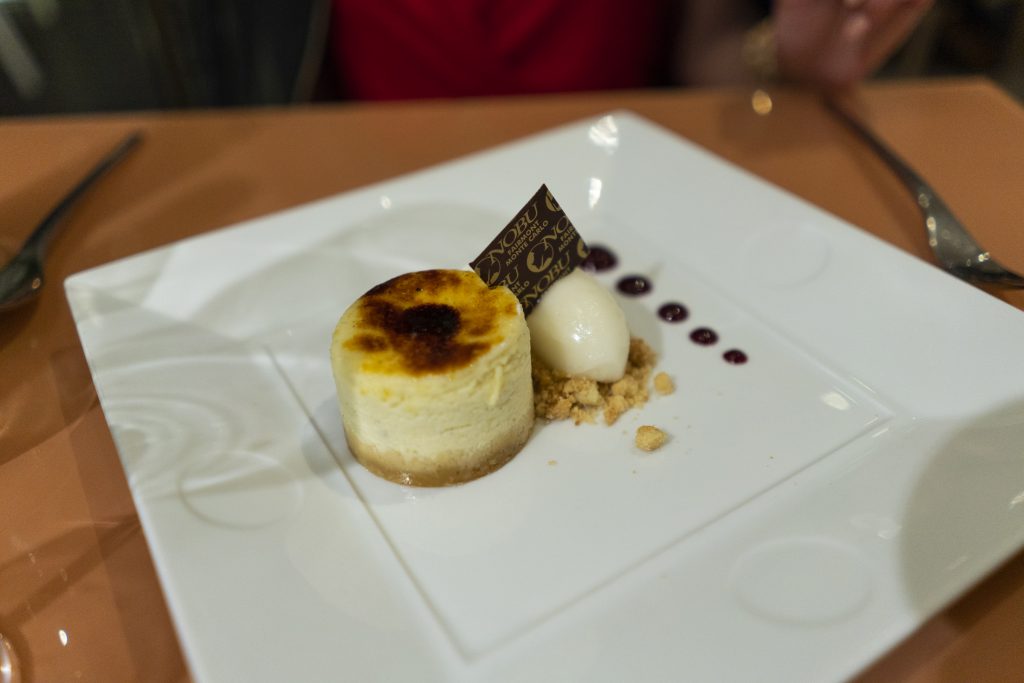 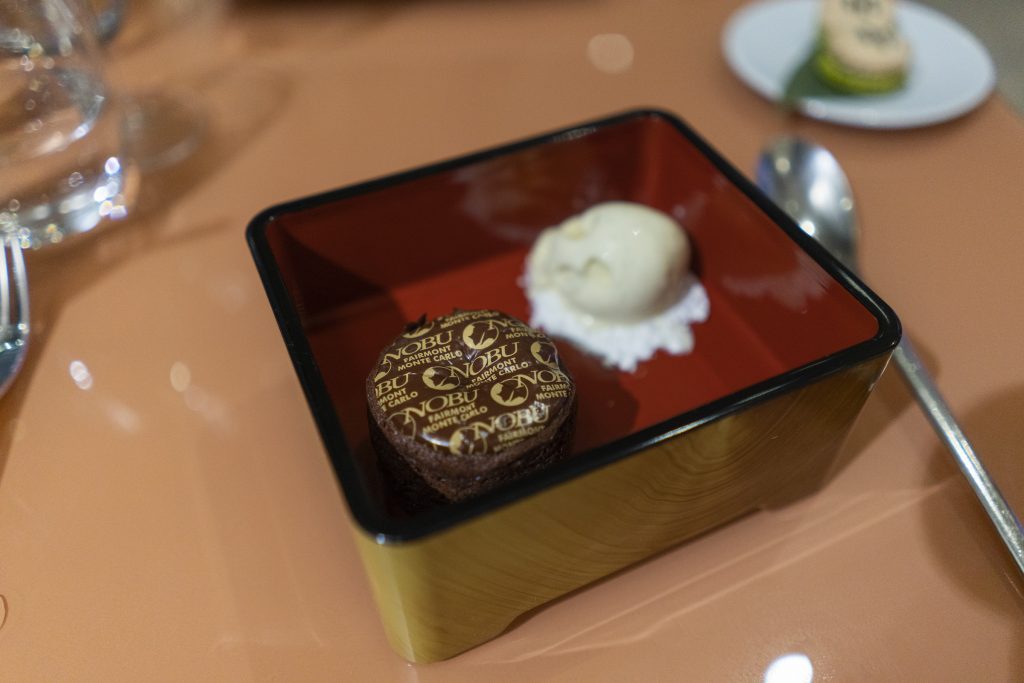 I’m happy we had the experience to eat there, a bit disappointed by the food, but we had a lovely evening overall. 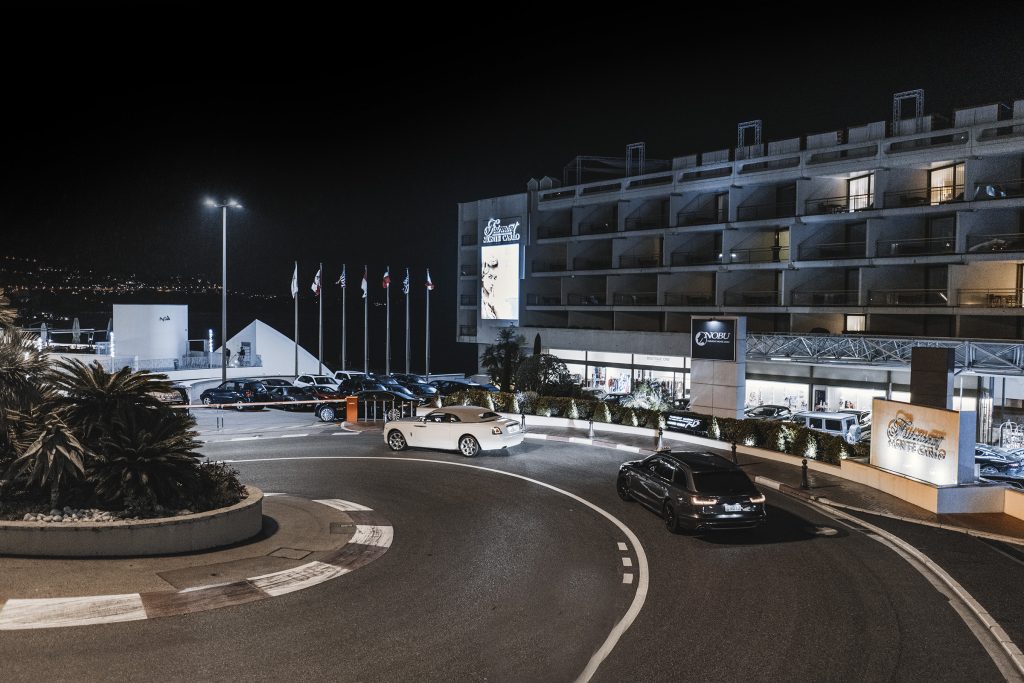