Last weekend I went on a roadtrip to Monaco with my man. It was the first time I’ve visited this city/country and I have to say I was pleasantly surprised! To drive there, we drove through Switzerland and Italy. To be clear, this was not our intention, but the navigation system sent us that way because of many traffic jams. It was a longer drive but we have seen some beautiful views which was not a bad thing – Views for days! 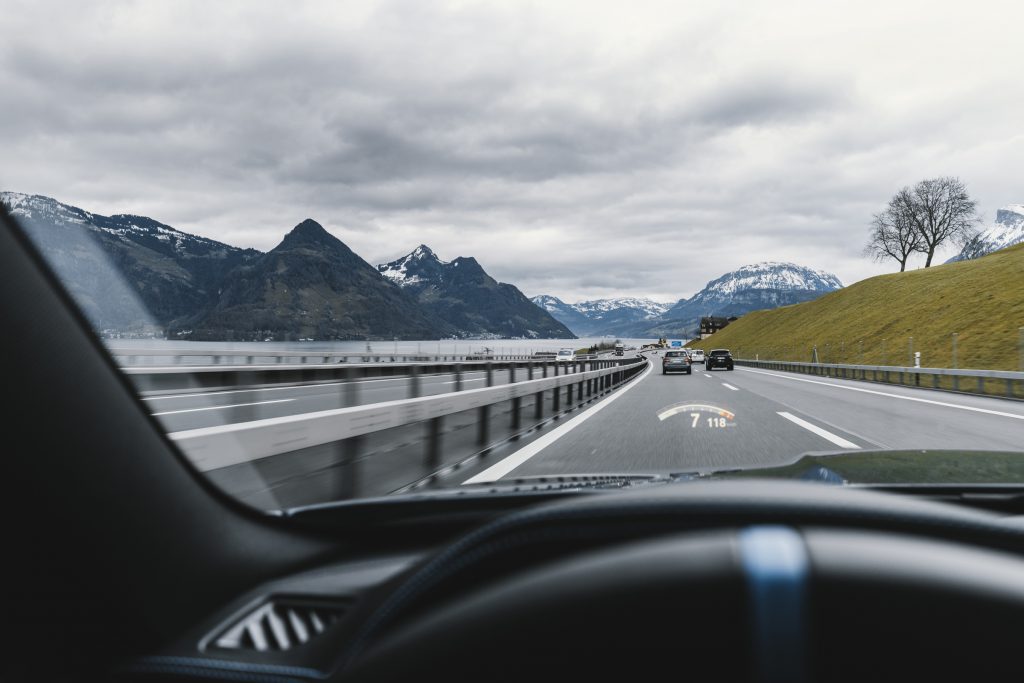 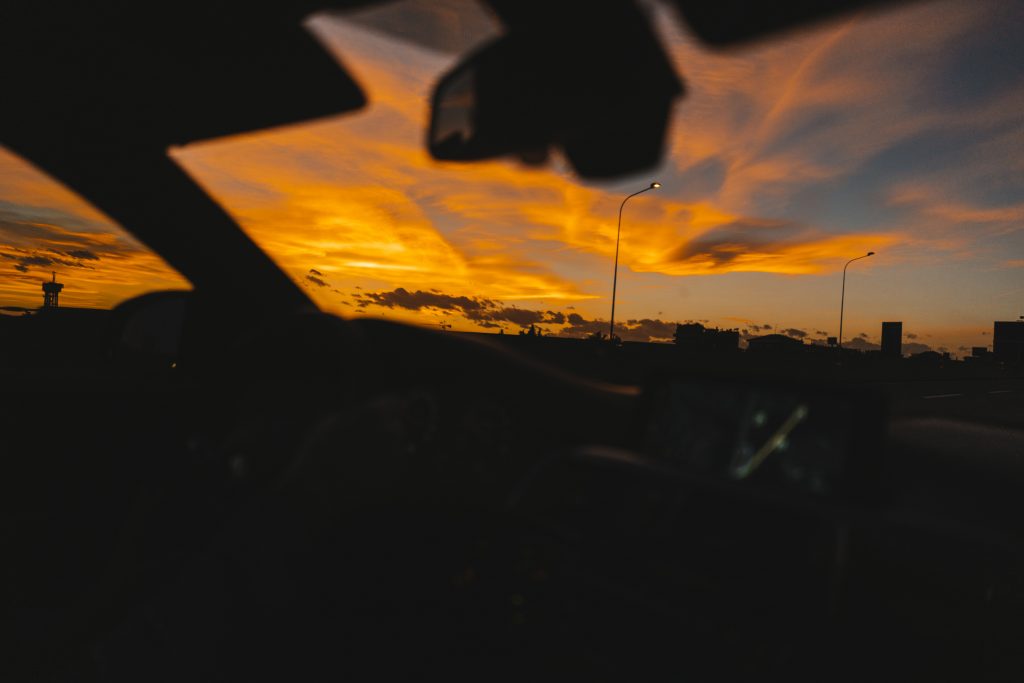 It was also pretty funny because in Switzerland it was cold and snowy and hour later we had sun with 18 degrees. 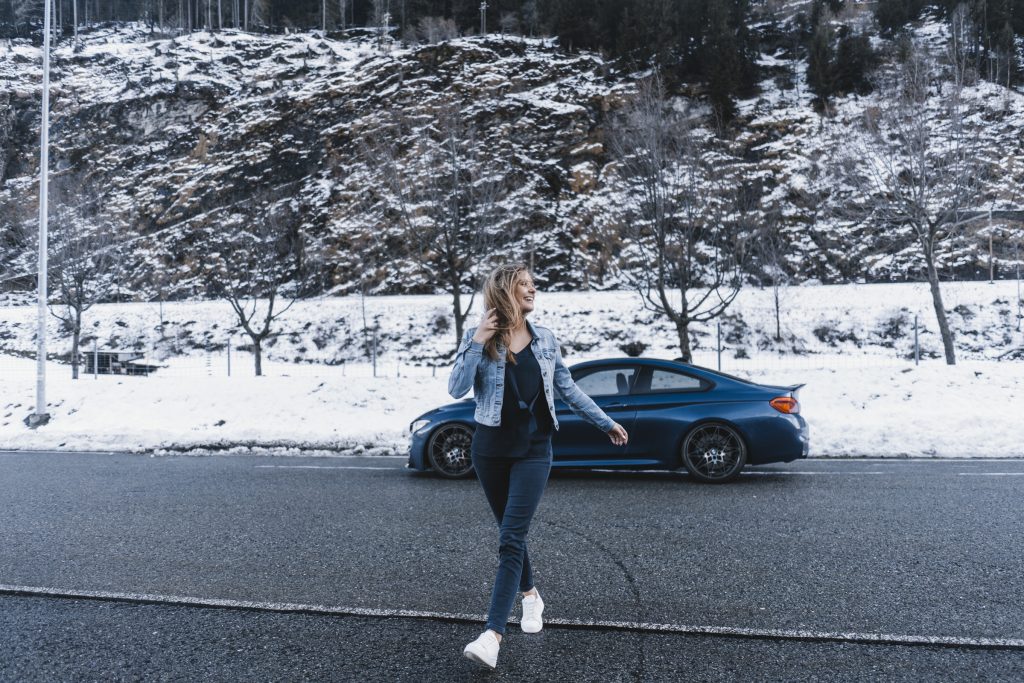 I was a very happy kiddo because I was allowed to drive the M4 (thanks for the trust honey). 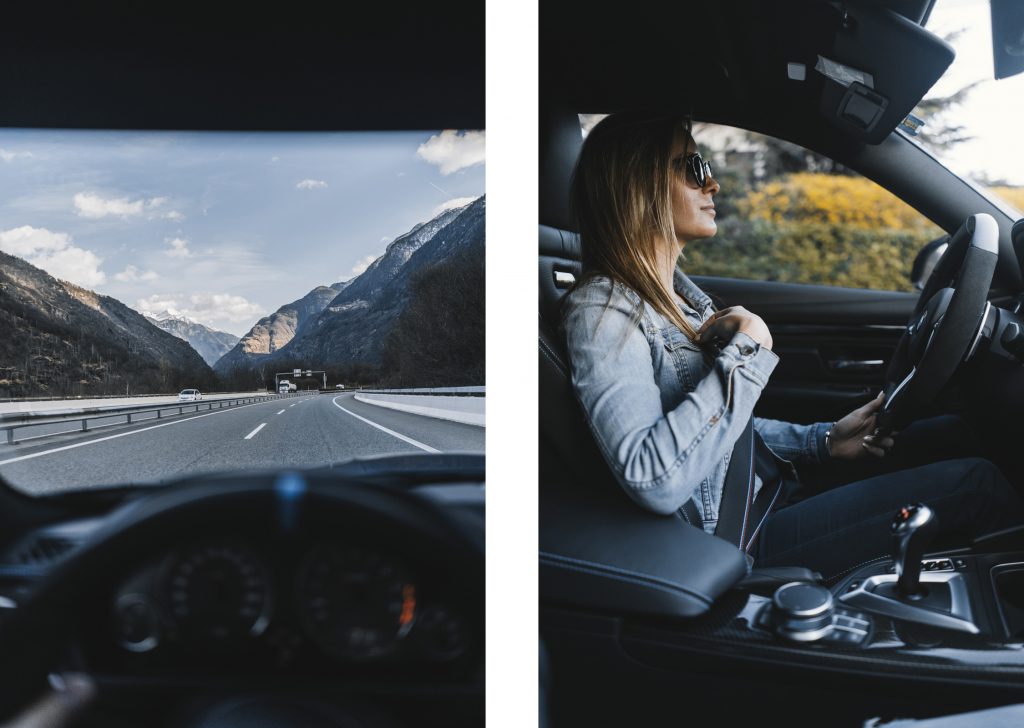 We arrived in Monaco around 10h in the evening as we started our journey early the same day around 8am. We stayed at the Novotel Hotel in Monaco,  it was well located: within walking distance of the shops and restaurants (but then again, Monaco isn’t that big anyway). What was more important was that there was a good underground parking. Because we got up so early, we didn’t do much anymore the first night. A little further next to the hotel there was an Italian restaurant. We craved for a pizza, but we were just too late, there were no more pizzas available. Instead we have eaten a super tasty piece of lasagna. We started our first day with a simple breakfast at the “Café De Paris”. It’s a brasserie right in front one of the most expensive hotels in Monaco and next to the casino. There were a lot of beautiful cars that drove by or were parked there. With that view we had some croissants and a Latte.

After that we went for a stroll around the city to digest and spot some supercars. As it was my first time in this country, Kevve took me to some awesome places. There are many apartment blocks in Monaco, but that doesn’t bother. It’s not at all comparable to Brussels or any other city in Belgium, the atmosphere is just so different. 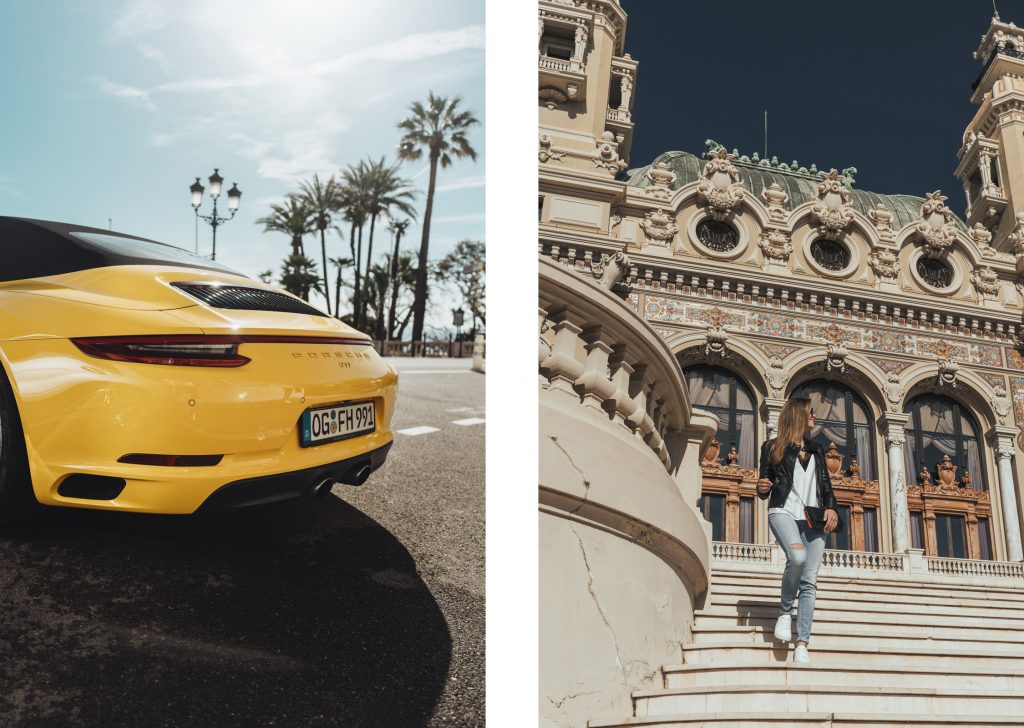 The first day we also went to the shopping mall “Le Metropole”. 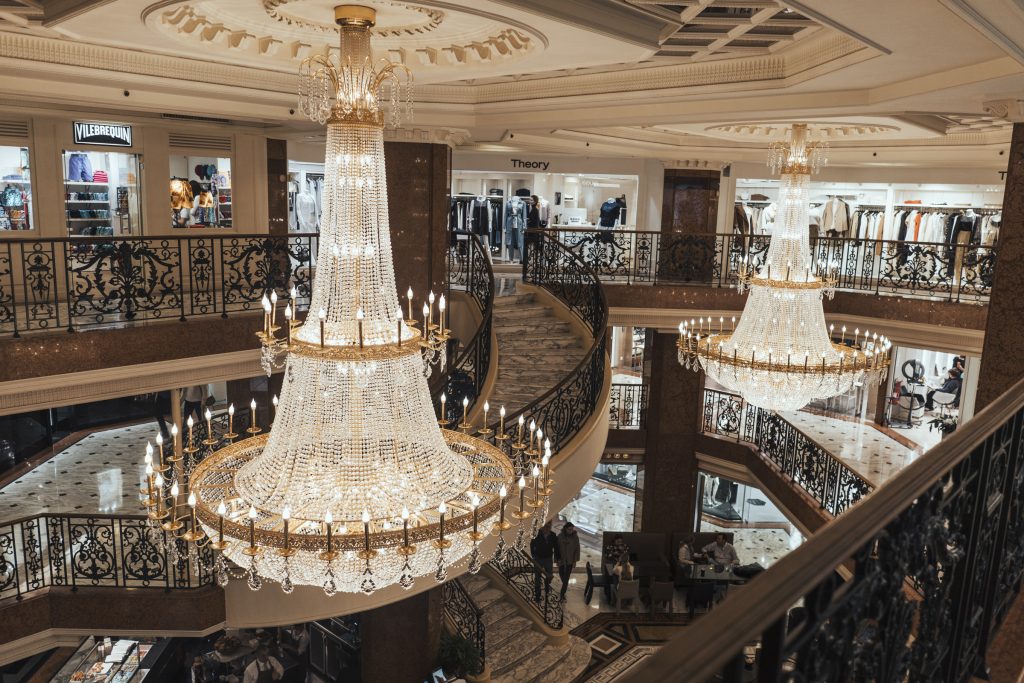 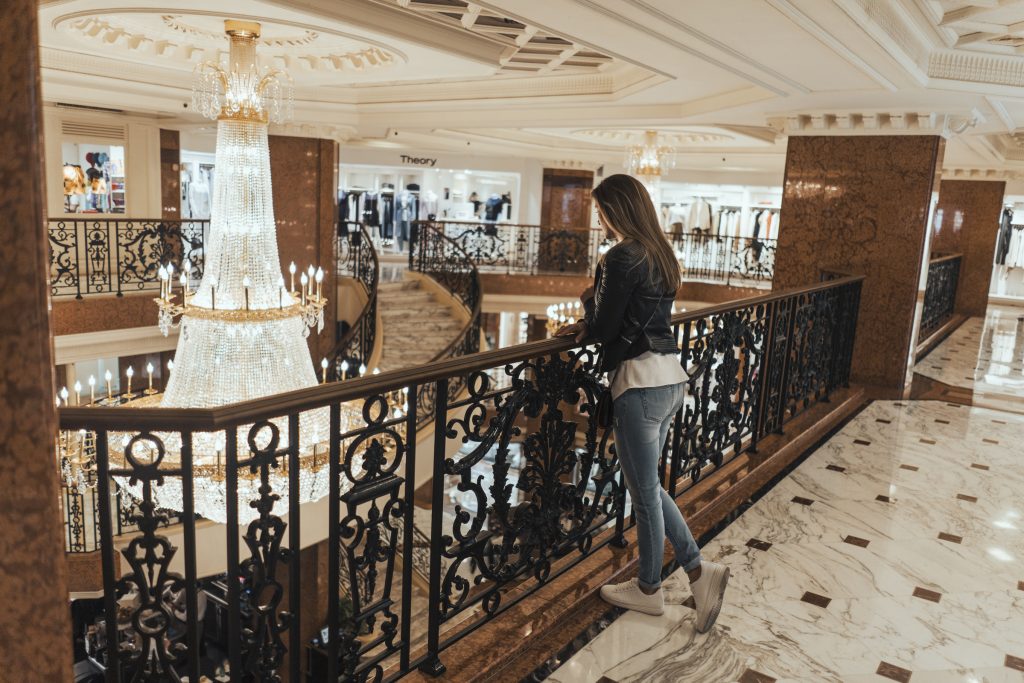 I went on a mission to buy a new bracelet from APM Monaco (there will be a blogpost about that very soon). Happy me! Kevve bought a new pair of sunglasses, actually the same ones he already had because he had forgotten his pair at home (I think that’s the age). In the afternoon we went to the harbor “Port Hercule” where you can find some beautiful boats/yachts (and an old boring fiat! Sorry inside joke). 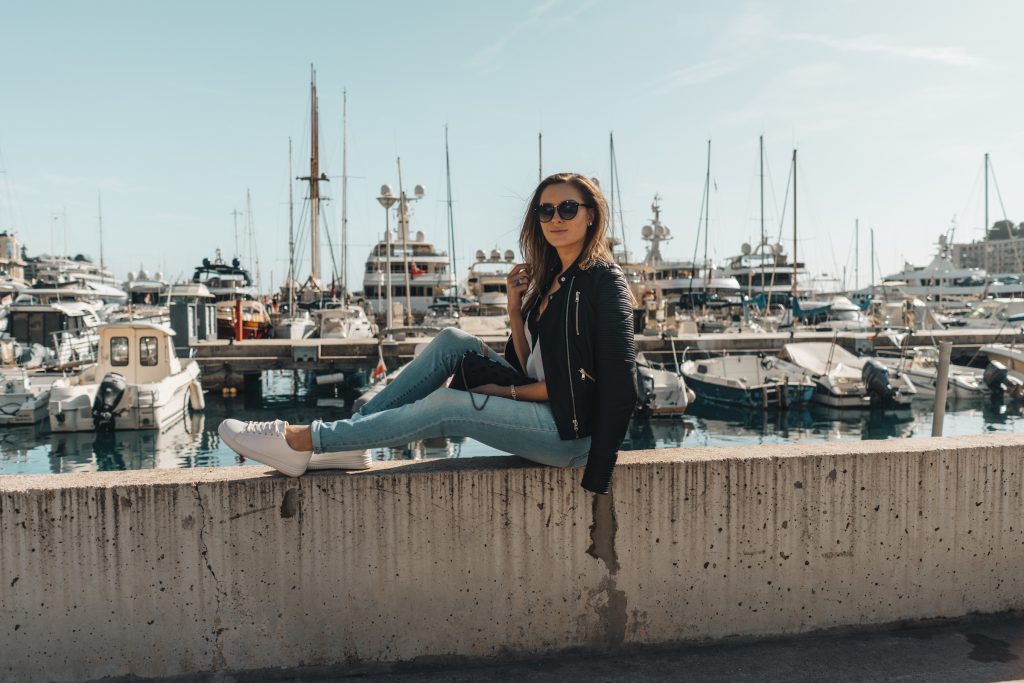 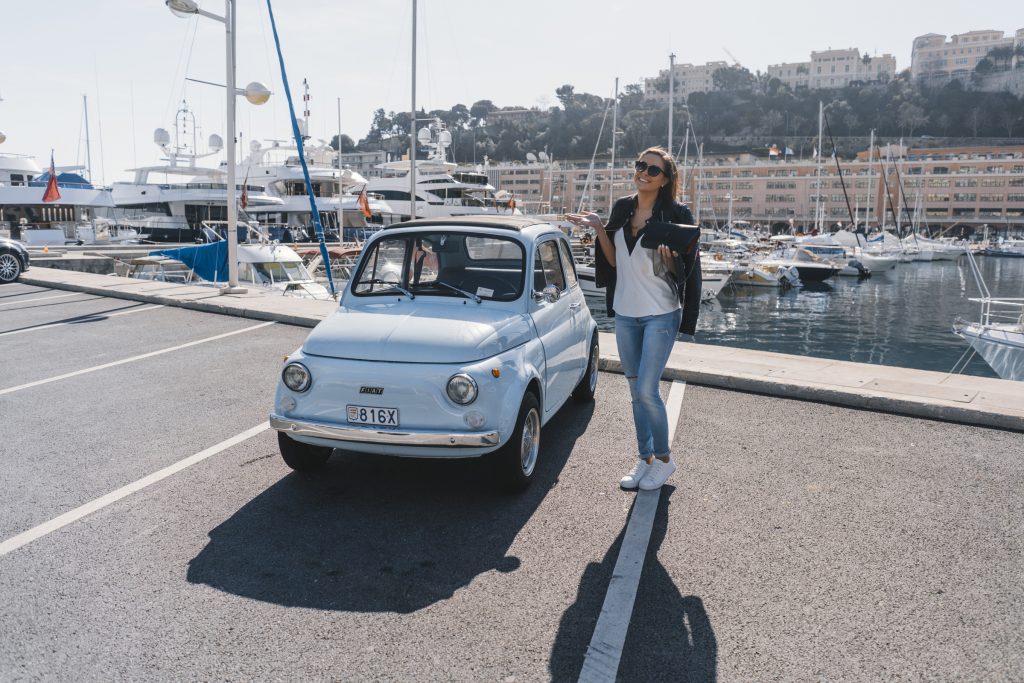 We took some shots with the M4. Take a look for yourself… 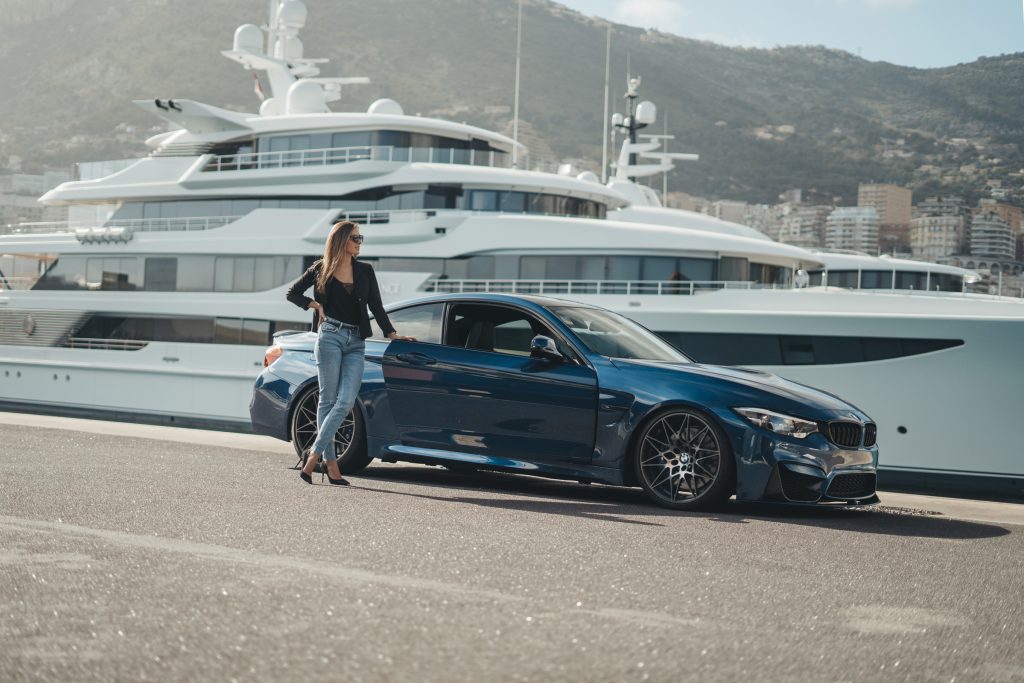 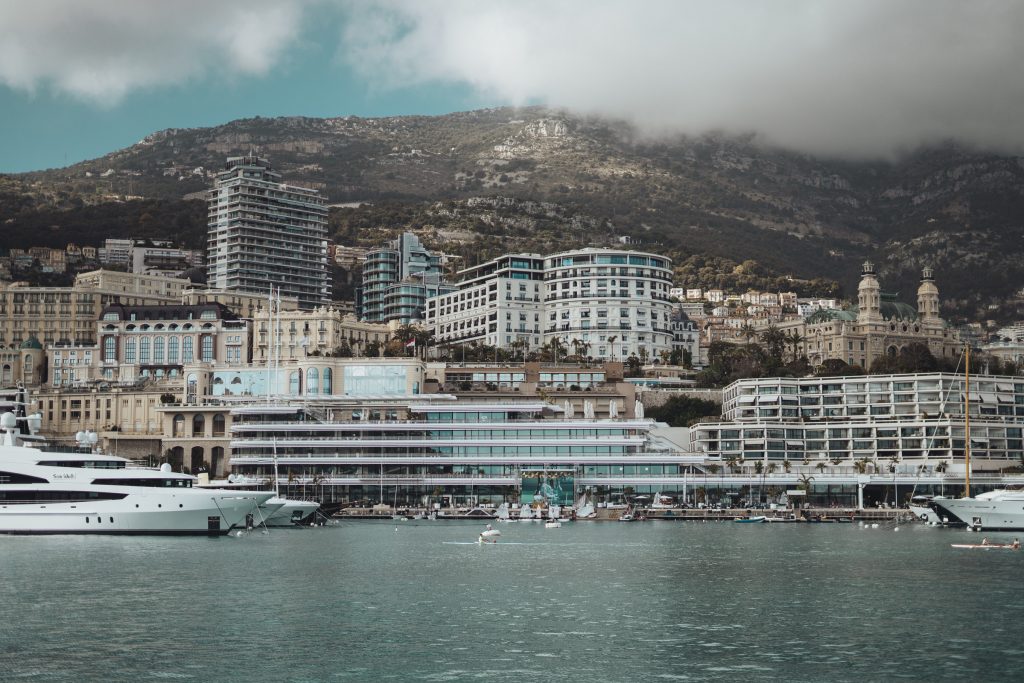 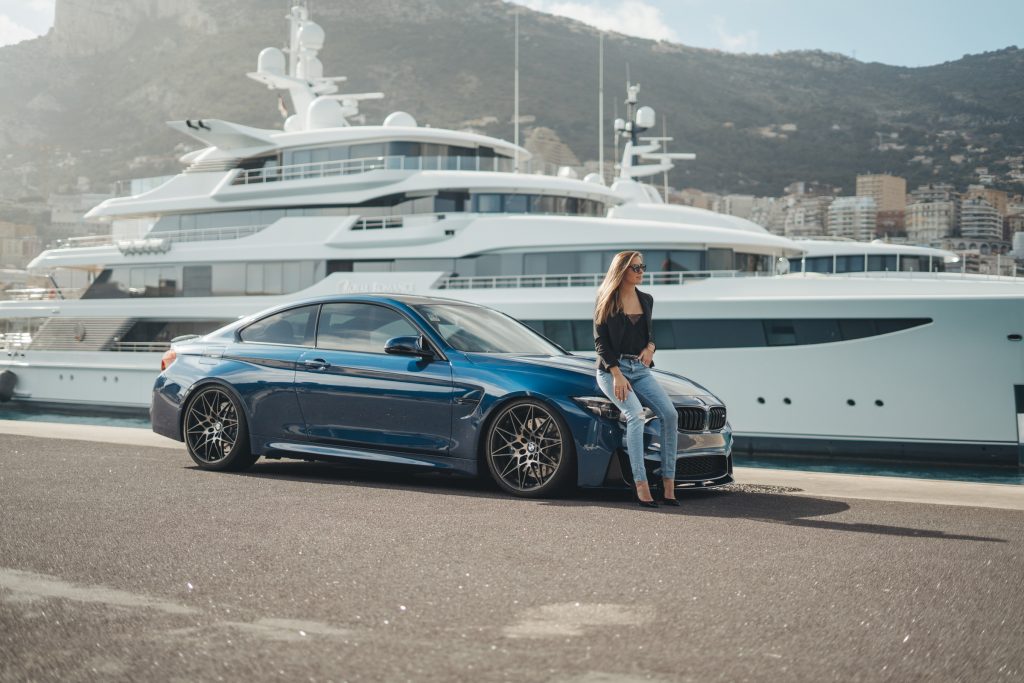 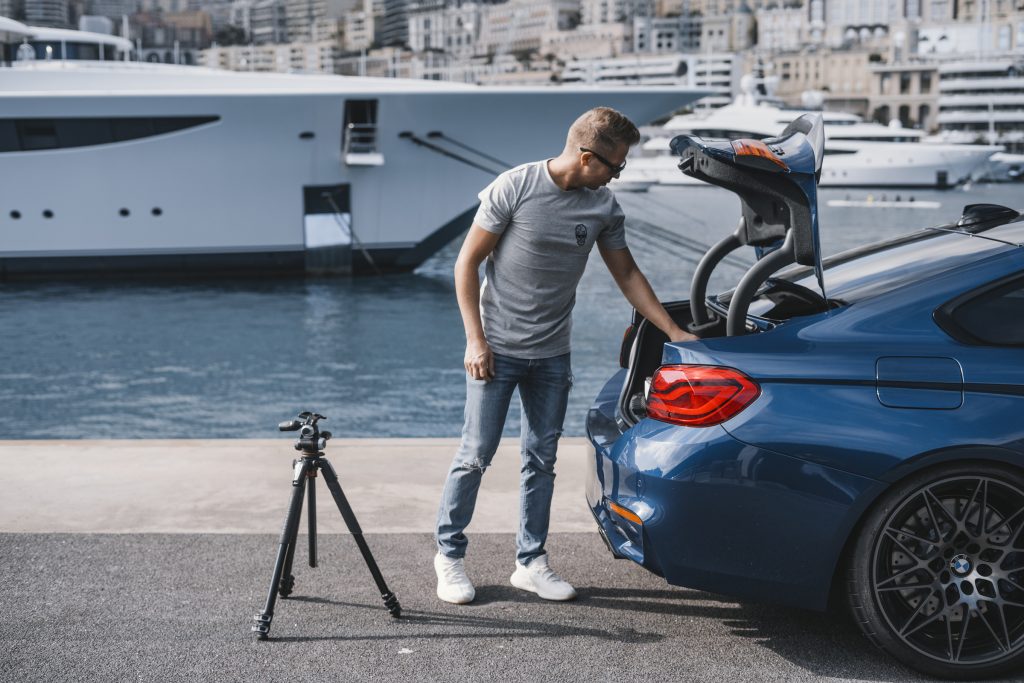 After that we were hungry so we went for a little snack and a drink on a terrace right next to the boats. Just perfect! 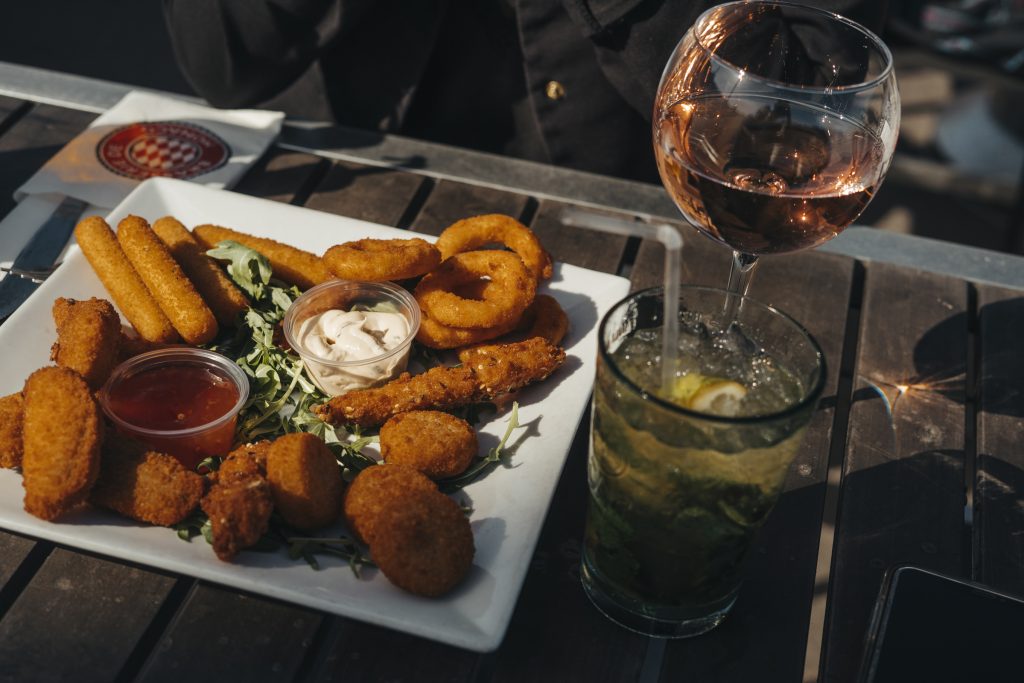 Later that day we went to the hotel to shower and to get changed. Kevve had reserved a table for two at Nobu, lucky me! The restaurant was very pretty, we had a table next to the window with a view on the harbor. We were a bit disappointed in the food (read more about this in my other blogpost). As we get up so early every morning, we are always tired early in the evening (during the week we get up at 5.30 a.m. to work, so due to our biorhythm we can no longer sleep in. (Which isn’t a bad thing as we can do a lot of things on 1 day)). So after dinner we went straight to our hotel to go to sleep. But not without some ‘carspotting’ on the way home. 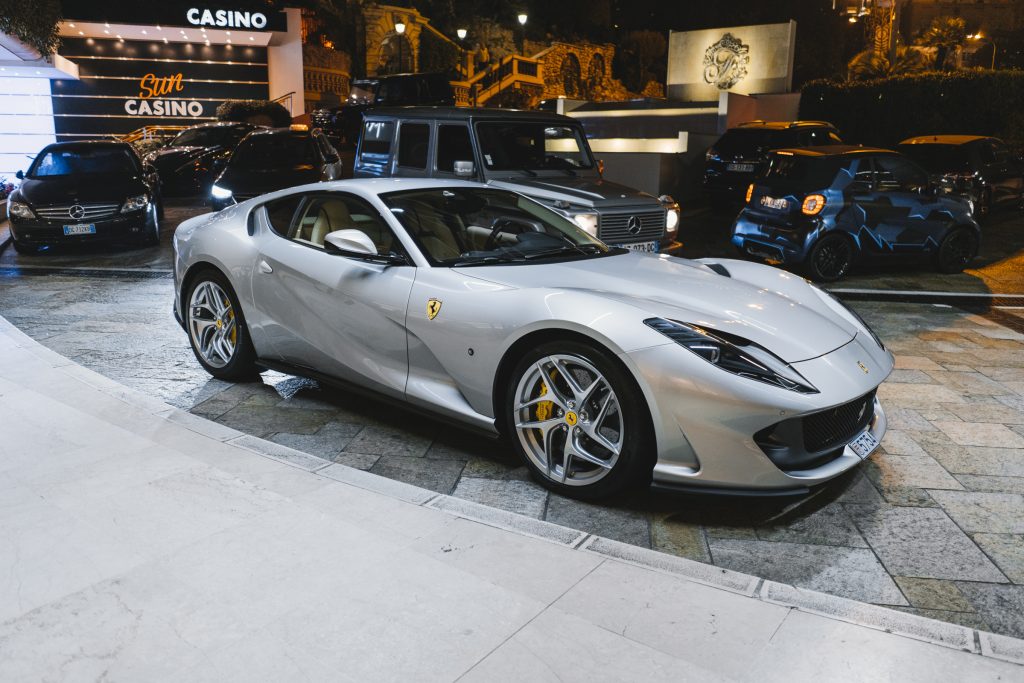 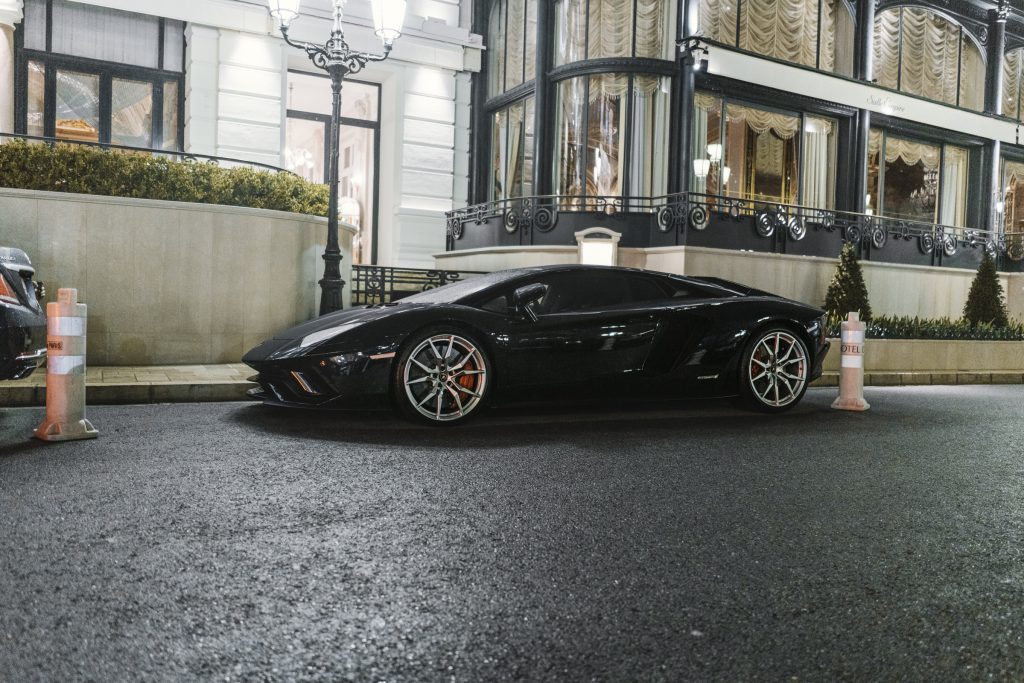 Day 2 we started with the most epic breakfast ever. We had found a beach just outside Monaco. Kevve bought some donuts and a coffee from Starbucks to make it even more perfect. Check out this view, I mean… 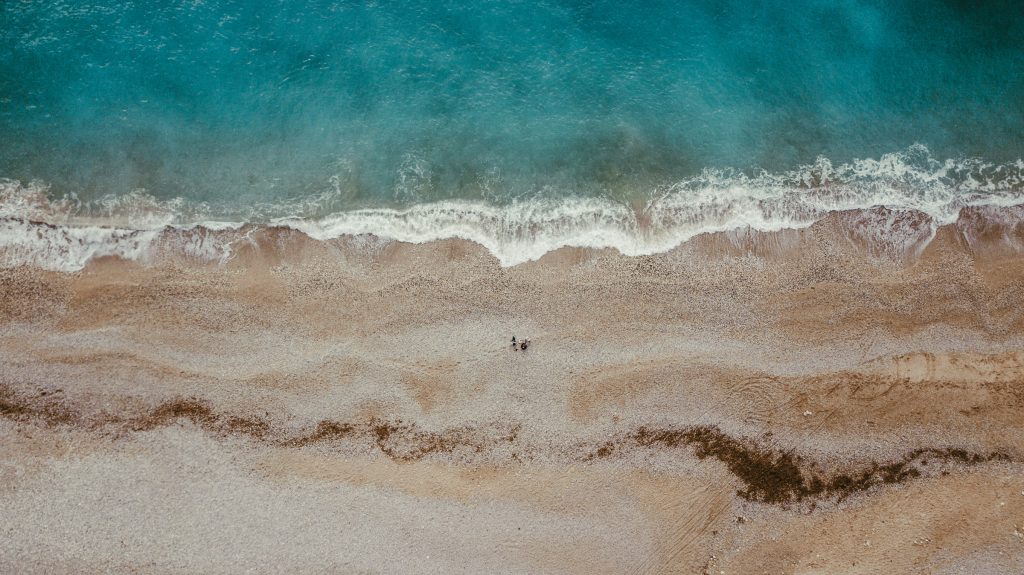 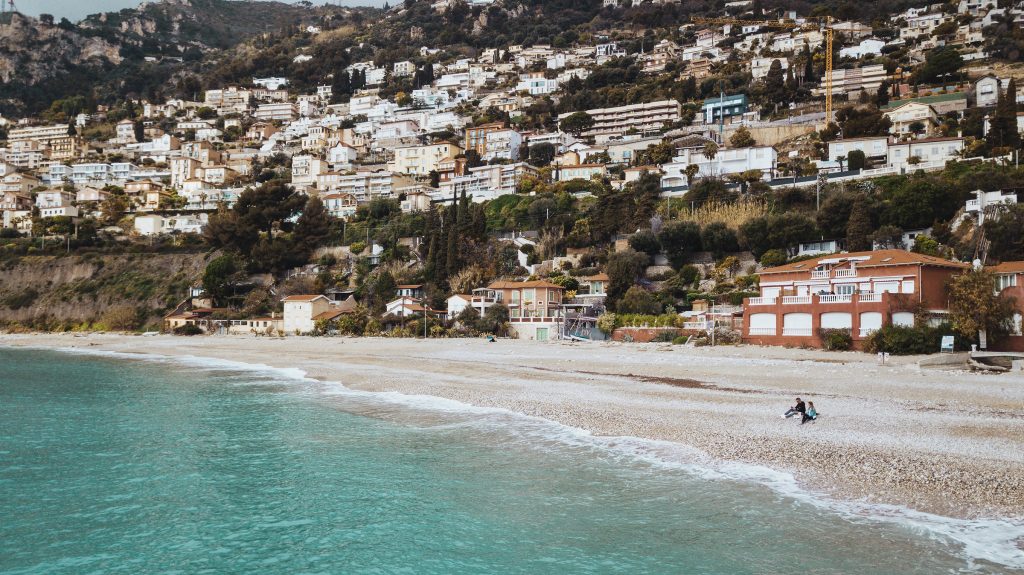 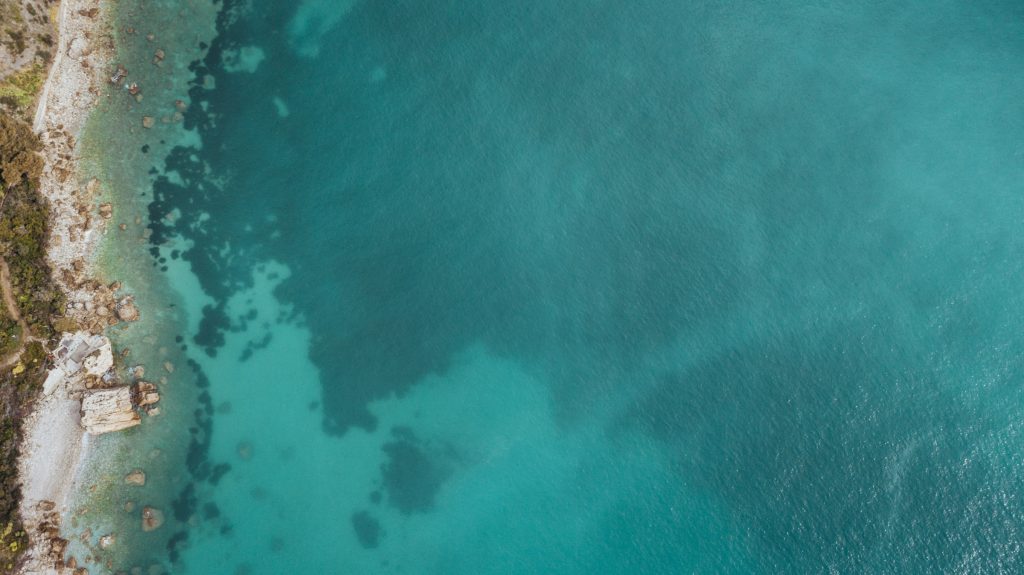 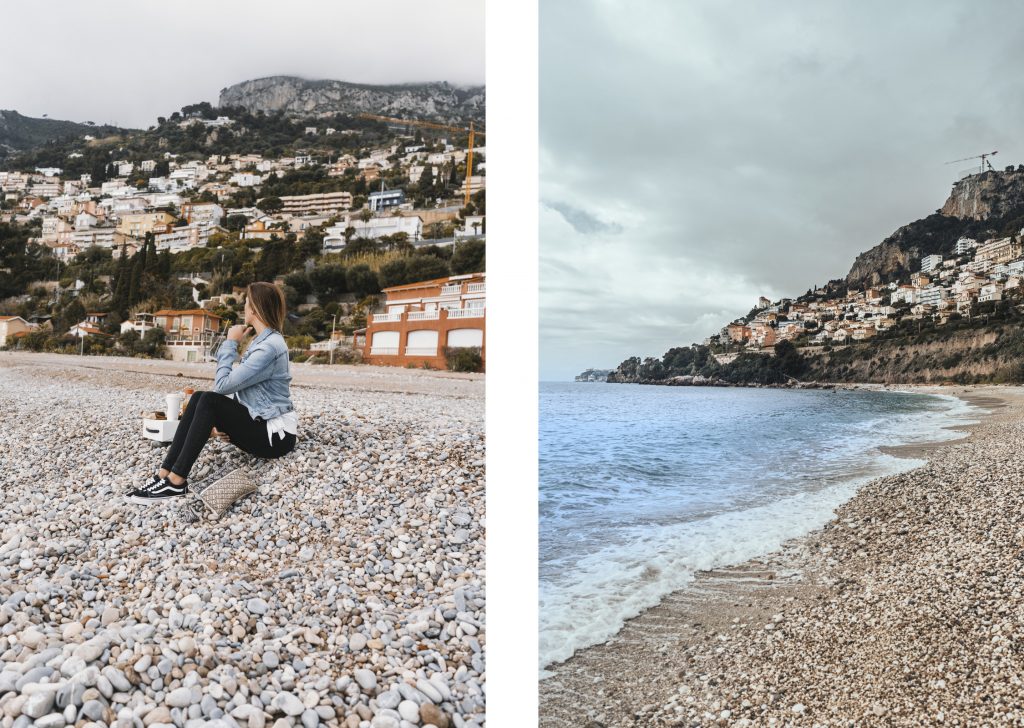 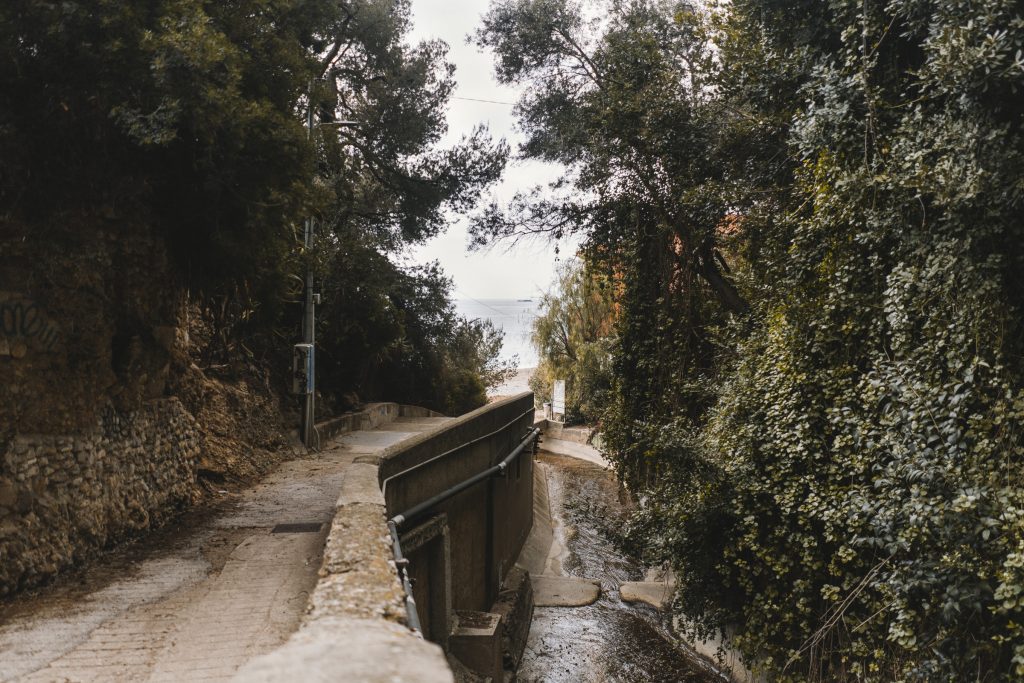 As it was Sunday and all the stores were closed we decided to take the car to cruise around Monaco. At noon we made a pitstop at a little restaurant in the harbor (yes we like to eat). We shared a pizza quattro fromaggi, yum! 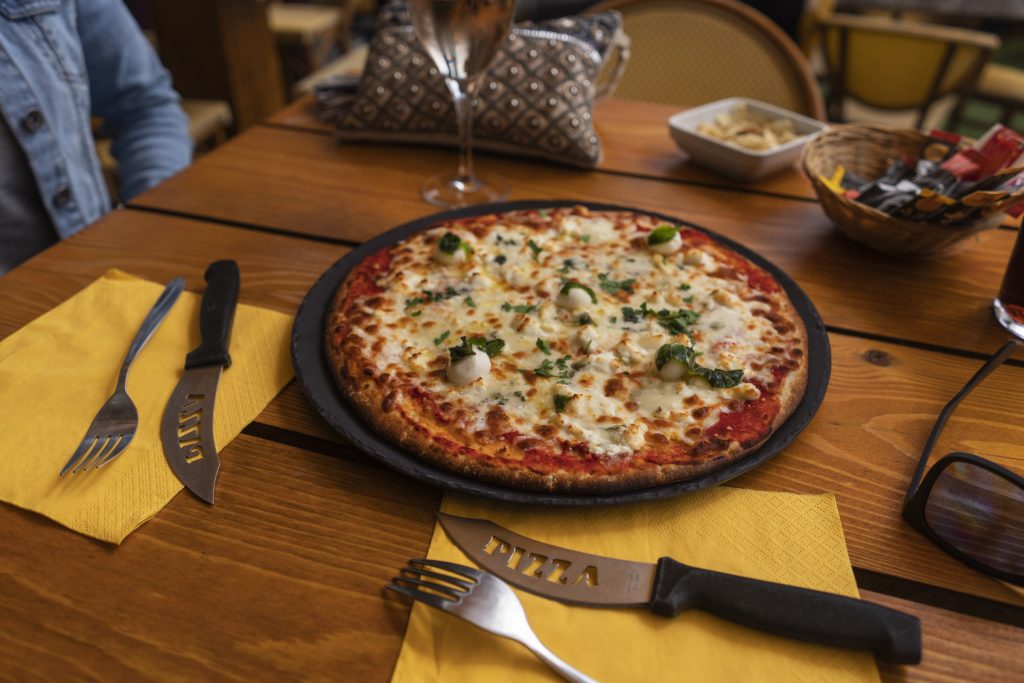 Off course in Monaco you can find a lot of G-wagons! Here is a camouflaged one with a Brabus pack: 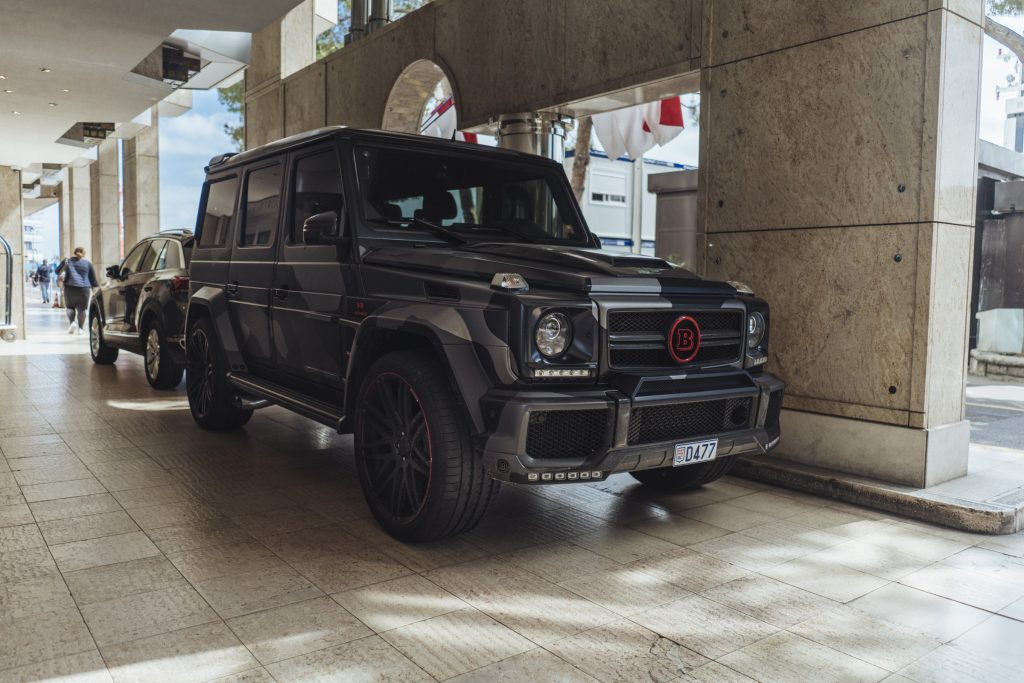 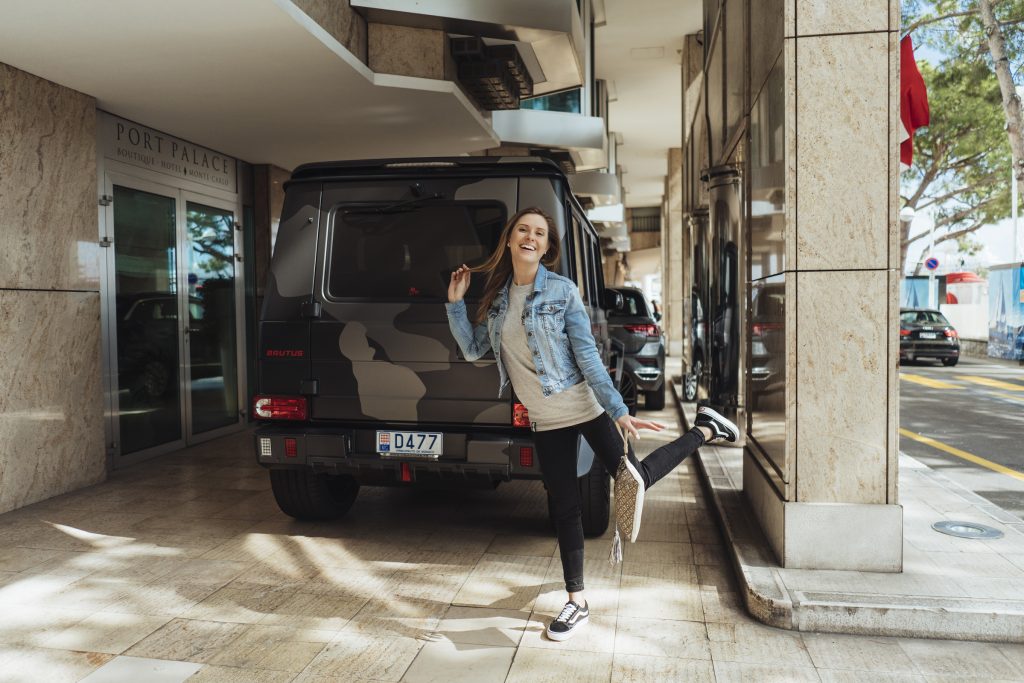 In the afternoon we went to the most beautiful overviewpoint of Monaco: “Tête Du Chien”. I swear it was breathtaking. If you’re going to visit Monaco one day you really need to go there. Here are some pics: 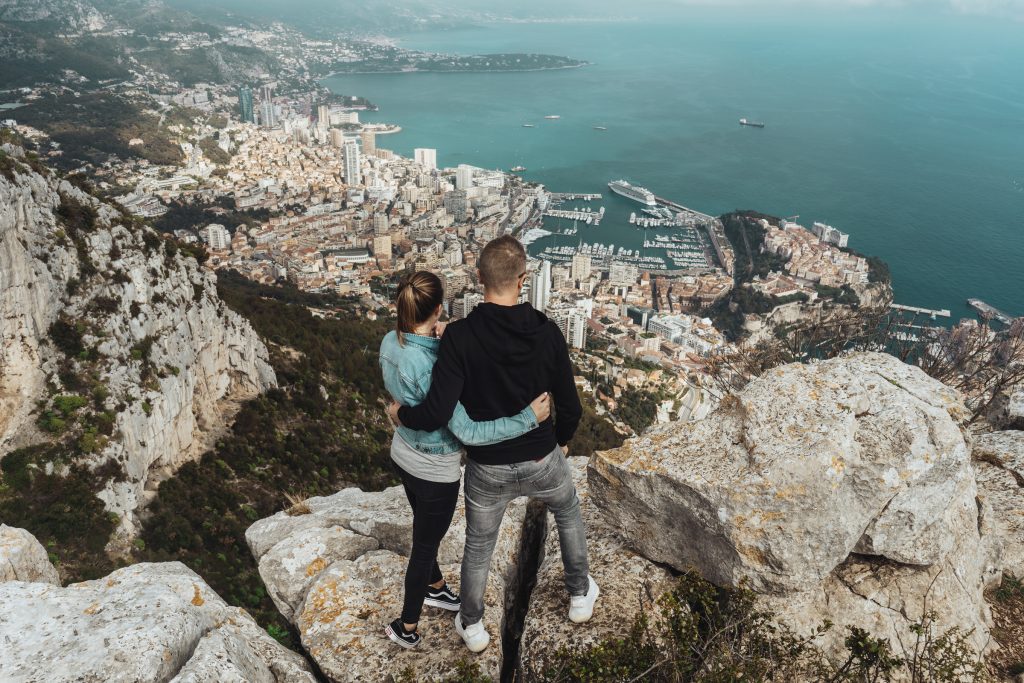 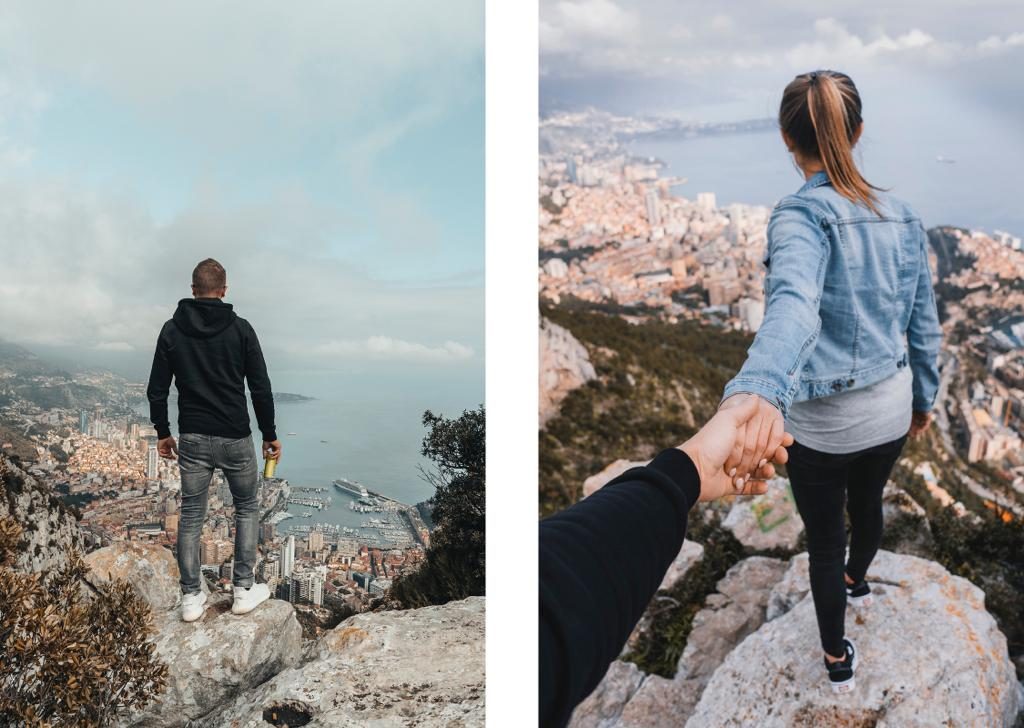 Next day: roadtrip back home. This time we took a different road (the shorter road). It was less spectacular, but okay. 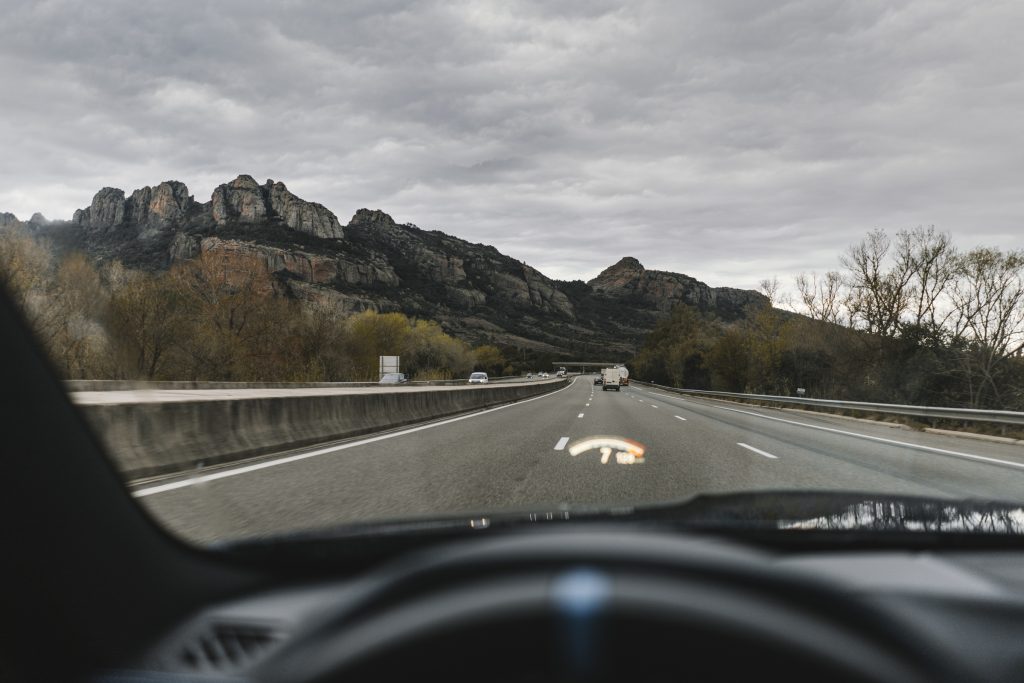 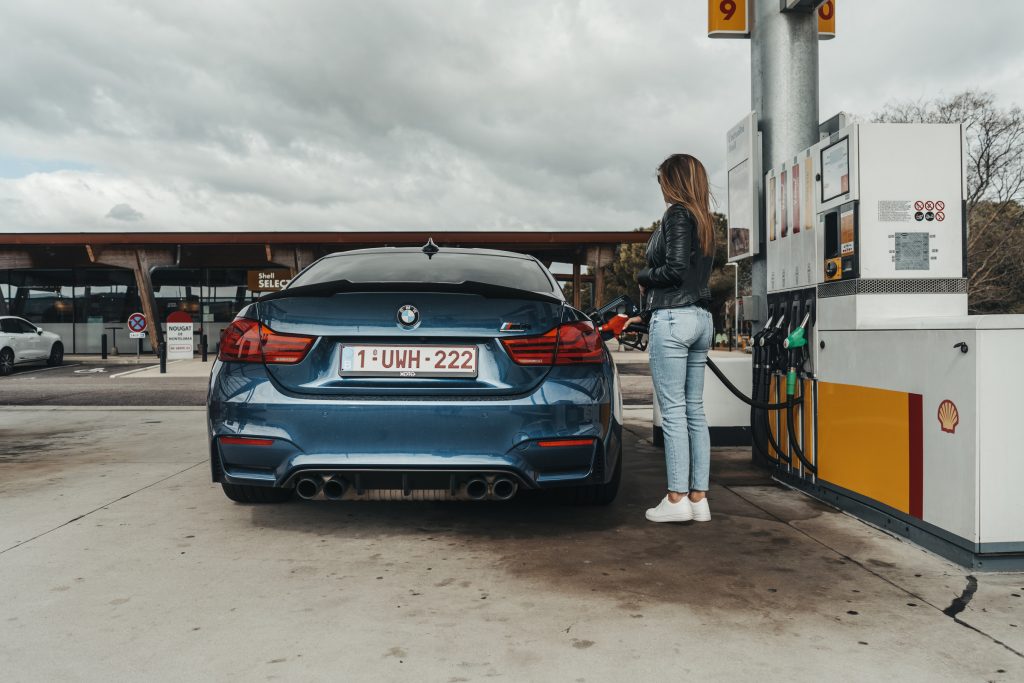 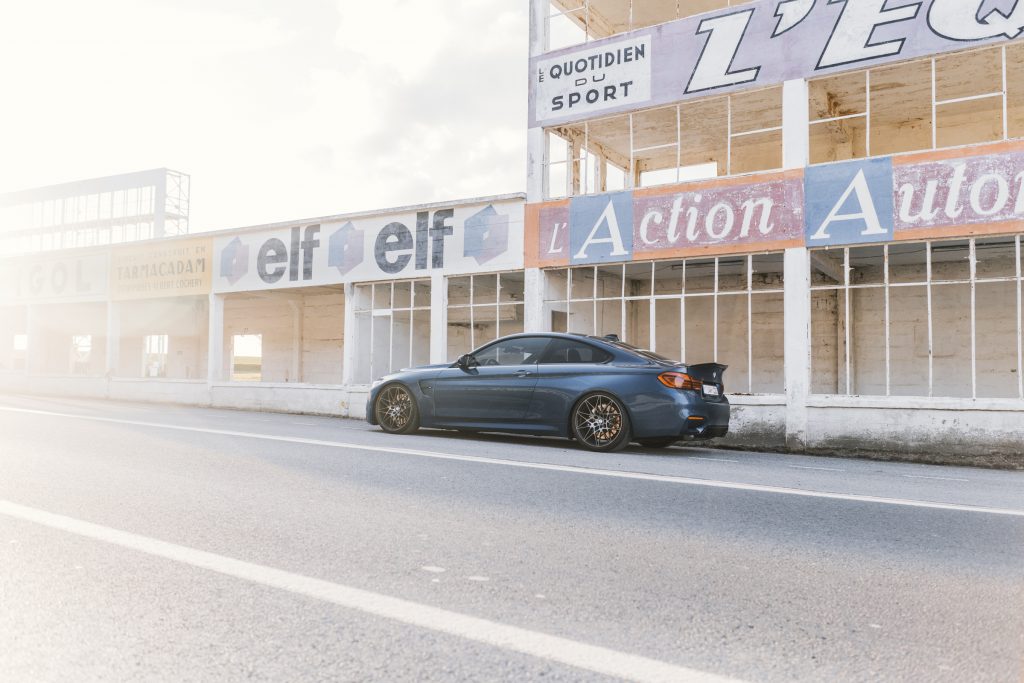 After a 12 hour drive we arrived at home. The first thing we did when we were home was eating (what a surprise) and taking a bath with lots of mousse (bad foam that is). Then it was time to go to sleep, because the next day it was back to reality: working time. It was a short roadtrip, but it contained everything I needed to be perfectly happy: Food, drinks, shopping, beautiful views, beautiful cars, a good bed, a bath with a lots of mousse and last but not least, my boyfriend of course! Already planning on going back within a few months.

Check out Kevve’s vlog for the whole trip in a video!