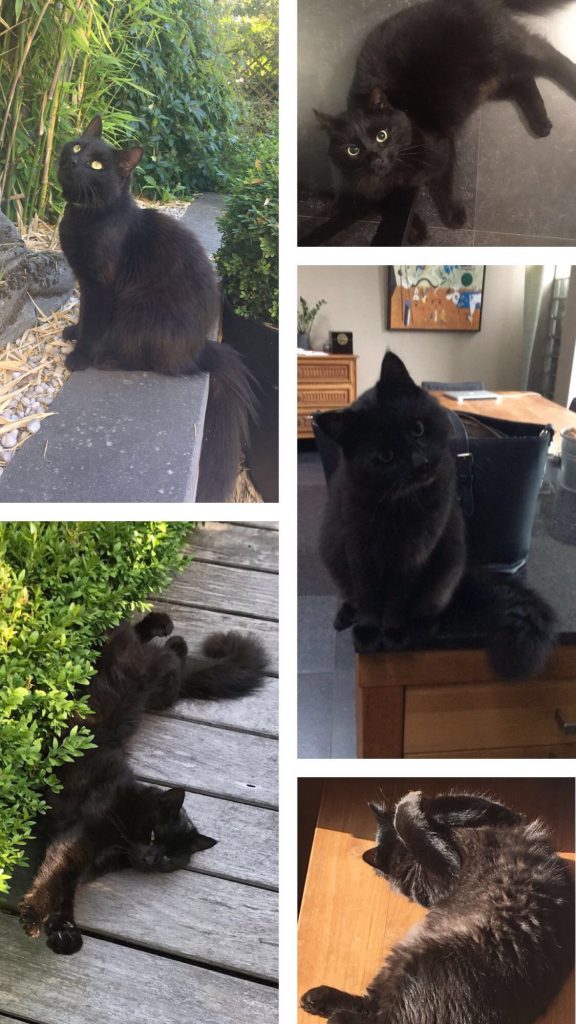 Meet catcula, the vampire cat. I don’t think I have to explain why I call him this way. His real name is Faust. He’s our adopted cat with a remarkable personality! One night this black cat stood in our garden. He was so thin and he was meowing all the time. My parents felt sorry for him, but didn’t want to give him food because they were afraid that he would stay (at that moment we still had our other cat, Tosca). After a while he was gone. But the next evening he suddenly returned. Not knowing from were he always appeared, we decided to give him food. That’s how it went on for a few weeks. He appeared at night, we gave him some food and love and he disappeared again till next evening. After a while we adopted him and now he has been with us for … years. You won’t believe even half of the stories of this crazy cat, you have to see it to believe it. He eats everything that I give to him, and when I say everything, I literally mean everything: tomatoes, crepes, pineapple, melon, chips, raw potatoes,… It’s crazy. If you talk to him, he will answer. If you throw a ball, he will bring it back like a dog. In brief, he’s really a cat with one hell of a charachter. I couldn’t miss him anymore! (I have to say sorry for the bad quality of the pictures) 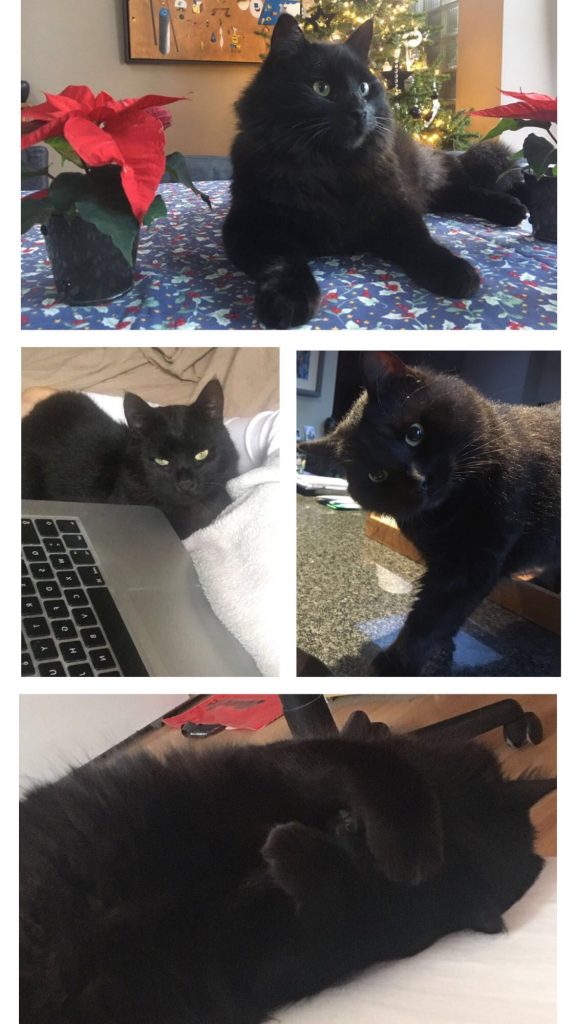